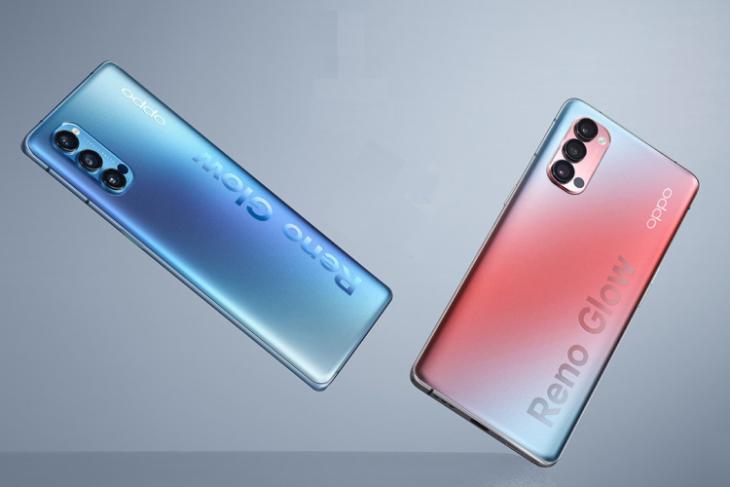 Oppo launched the Reno 4 series – Reno 4 and Reno 4 Pro in China last month. Now, going by a recent report, the company is all set to launch the Reno 4 Pro in India in the third week of July.

The publication has apparently gathered information from retail sources that the device would launch sometime between July 20th and July 24th. Notably, OnePlus will launch its much-hyped OnePlus Nord on July 21. That said, Oppo has not officially announced the launch date for the handset so far.

Also, it remains uncertain if the Chinese smartphone giant would launch the non-Pro variant – Oppo Reno 4 alongside Reno 4 Pro. If the company indeed has plans to launch the handset in the third week of July, we could expect official teasers in the coming days.

Thanks to the Chinese launch, we are already aware of the official specifications of the Reno 4 Pro. The handset features a 6.5-inch Full-HD+ curved 90Hz OLED display with a 2400 x 1080 resolution. The display goes up to 1100 nits of brightness and flaunts HDR10+ support.

The device runs on Qualcomm’s Snapdragon 765G chipset. You get up to 12GB of RAM and up to 256GB internal storage. In terms of software, the company offers ColorOS 7.2 based on Android 10. The Reno 4 Pro equips a 4,000mAh battery that supports 65W SuperVOOC charging. According to Oppo, you can fully charge the device in around 35 minutes.

In terms of optics, the handset flaunts a triple rear camera setup. The primary sensor is a 48MP Sony IMX586 lens that features support for OIS. The secondary camera is a 12MP Sony IMX708 ultra-wide sensor with a 120-degree FOV, accompanied by a 13MP telephoto lens with 5x optical and 20x digital zoom.

While we are not certain about the Reno 4 Pro’s India pricing, it should be under Rs. 40,000 judging by its Chinese price.