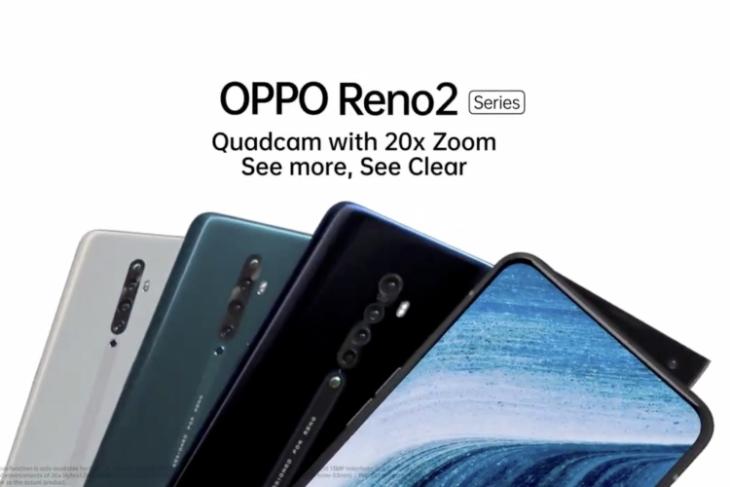 Oppo Reno 10x Zoom is one of the most desirable flagship smartphones that I have had the chance to get my hands on this year. Now, Oppo Reno 2 is set to arrive in India next week on August 28 with the same bezel-less design, shark-fin pop-up camera, and quad-cameras in tow. The internals specs of the Reno 2 had been shrouded in mystery, but it has now been confirmed that it will be powered by the Snapdragon 730G chipset.

Yes, Oppo Reno 2 is a successor to the original Reno series from earlier this year but it’s like the Phantom Menace to the Return of Jedi, if we go by a Star Wars reference. Oppo Reno 2 will come equipped with the Snapdragon 730G chipset. It was confirmed by Oppo VP and Global Marketing President Brian Shen on Twitter.

Some #OPPOReno2 specs have been leaked, some incorrectly. It’ll be equipped with the Snapdragon 730G – powerful for gaming and enhanced graphics. 🤓

Thanks to Qualcomm’s powerful mid-range chipset, Oppo Reno 2 is going to be a solid gaming smartphone. And the 6.55-inch AMOLED bezel-less display with a tall 20:9 aspect ratio and 93.1% screen-to-body ratio is only going to add to the charm. There’s going to be an in-display fingerprint sensor on-board, just like the original Reno to keep the minimal and clean aesthetic intact.

A ton of details for the Oppo Reno 2 series has already been confirmed. While one of the upcoming smartphones will be powered by the 730G, the other is expected to boast the MediaTek Helio P90 chipset – in line with Reno Z that launched in China earlier this year. The chipsets will be coupled with up to 8GB RAM and 256GB internal storage. 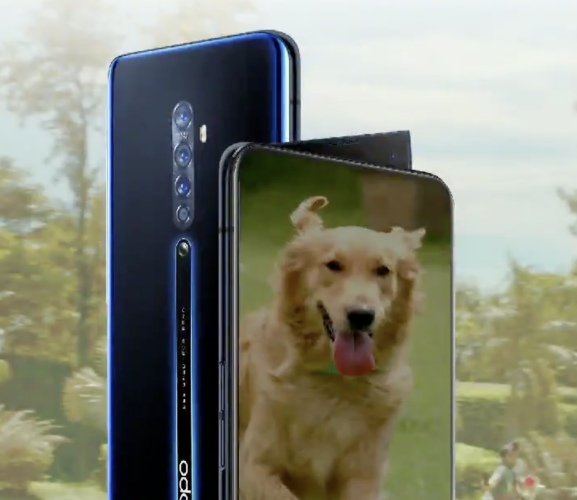 On the camera front, Oppo Reno 2 will bring along a quad-camera setup (which is slowly becoming the norm) with a primary 48MP sensor. This will be paired with a 13MP ultra-wide lens, an 8MP telephoto lens with 3x optical zoom and the 20x digital zoom capabilities, and a 2MP depth sensor.

The Chinese giant has been teasing many camera features for the Reno 2 on its Twitter such as Ultra Dark Mode, Steady Video, Bokeh Mode, and much more. The selfie camera on-board will sit in the shark-fin pop-up camera, which we first saw on the original Reno.

Oppo Reno 2 will also come equipped with a 4,000mAh battery with support for the company’s VOOC 3.0 fast-charging technology. The color variants for the Oppo Reno 2 have also been confirmed and it’s expected to come in 2 colors namely Ocean Blue and Luminous Black. So, how excited are you for the Oppo Reno 2 series launch in India? Do tell us in the comments below.

OPPO Reno 2: 5 Things That Make It A Great Buy