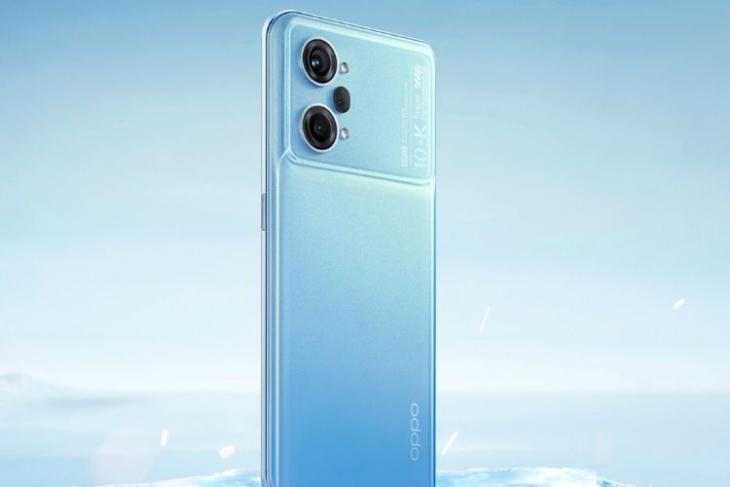 As confirmed earlier, Oppo has launched two new smartphones under its K-series, the Oppo K10 and the K10 Pro, in China. The Oppo K10 comes as the first Oppo smartphone with the Dimensity 8000-Max chipset, while the higher-end K10 Pro 5G is powered by the Snapdragon 888 chipset. Both come with a number of attractive features such as an X-axis Linear Motor, Diamond VC liquid cooling system, and more. Let’s take a look at the details below.

The Oppo K10 launched in China looks similar to the Indian variant, which launched with a Snapdragon 695 chipset last month. It sports a 6.59-inch Full HD+ IPS LCD screen with support for a 120Hz refresh rate, a 240 Hz touch sampling rate, and a peak brightness of 600 nits. There is also a 16MP selfie shooter, housed inside the punch-hole cutout at the top left.

At the back, the Oppo K10 includes a triple-camera setup, including a 64MP primary lens, an 8MP ultra-wide lens, and a 2MP macro sensor. Under the hood, the Oppo K10 packs the MediaTek Dimensity 8000-Max chipset, paired with up to 12GB of RAM and up to 256GB UFS 3.1 storage. There is also a 5,000mAh battery with support for 67W fast charging.

Other than these, there is a side-mounted fingerprint sensor, support for Wi-Fi 6, Bluetooth 5.3, stereo speakers, and a 3.5mm audio jack. The device runs Android 12-based Color OS 12.1 and comes in two colors – Ice Blue and Dark Night.

Coming to the higher-end Oppo K10 Pro, the device rocks a 6.62-inch Full HD+ Samsung E4 AMOLED display with support for a 120Hz refresh rate and up to a 720Hz touch sampling rate. The panel has a screen resolution of 1080 x 2400 pixels and a peak brightness of 1300 nits. And much like its sibling, it has a 16MP punch-hole selfie shooter at the top left. At the back, there is a 50MP primary lens with a Sony AIMX766 sensor and OIS, an 8MP ultra-wide lens, and a 2MP macro sensor.

Inside, the Oppo K10 Pro packs last year’s Snapdragon 888 chipset, which comes with an Adreno 660 integrated GPU. The SoC is paired with up to 12GB of LPDDR5 RAM and up to 256GB of UFS 3.1 storage. There is also a 5,000mAh battery inside with support for 80W fast charging.

Apart from these, the Oppo K10 Pro comes with an in-display fingerprint sensor, stereo speakers with Dolby Atmos support, a USB-C port, and a 3.5mm audio jack. It also supports 5G networks, Wi-Fi 6, and Bluetooth 5.2, runs Android 12-based Color OS 12.1, and it comes in two colors – Titanium Black and Sunny Blue.

Now coming to the prices, the Oppo K10 starts at CNY 1,999, while the K10 Pro starts at CNY 2,499. You can check out the price of each of the storage variants right below.

The Oppo K10 series is currently available to pre-order in China and will be available in the country from April 28. The company launched the Oppo Enco Air 2 Pro (which was recently launched in India) and the Oppo K9x smart TV as well.