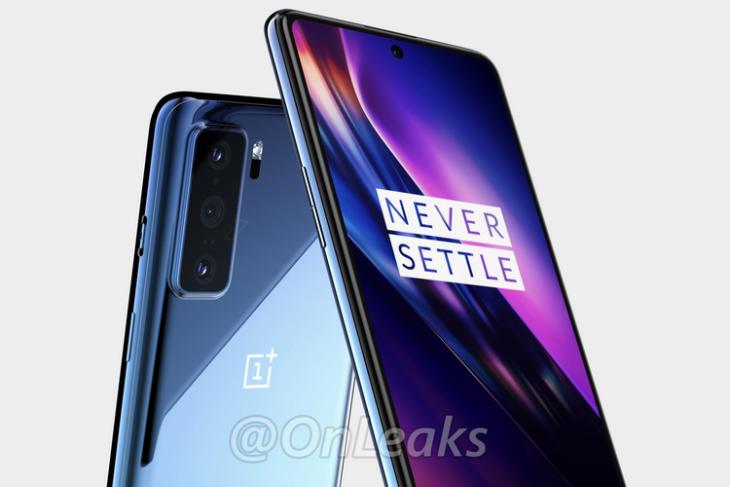 OnePlus’ upcoming mid-ranger – OnePlus Nord / OnePlus Z may feature a quad rear camera setup. That’s according to tipster Max J, who took to Twitter to share an image hinting at the leak.

The image in question has a total of four camera lenses and reads the word “Soon”. Take a look at it below.

Notably, this goes directly against the leak from leakster Onleaks who shared the design renders last December, months before even OnePlus 8 series got launched.

As per rumors and speculations so far, the OnePlus Nord / OnePlus Z is tipped to feature Snapdragon 765 chipset. The device will support 5G. A sketchy survey also suggests that it may sport a 6.55-inch Super AMOLED display with a 90Hz refresh rate, and 64MP+ 16MP+ 2MP triple camera.

While the source of this article, Max J claims the specs in the survey are incorrect, there have previously been rumors about a 48MP+16MP+2MP triple camera setup as well. If at all the device features a quad camera setup, the fourth sensor is probably going to be a not-so-useful 2MP macro camera.

Meanwhile, the company’s first truly wireless earbuds – rumored to be called OnePlus Buds, is likely to launch alongside OnePlus Nord / OnePlus Z. The current rumored launch date for this device is July 10. In an interview with Fast Company last May, OnePlus CEO Pete Lau hinted that the upcoming midrange OnePlus offering will be first launched in India, followed by other regions.