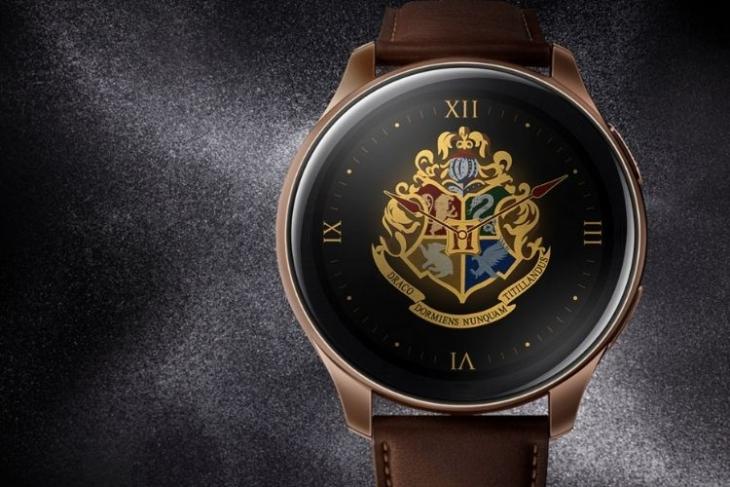 After teasing the special OnePlus Watch Harry Potter Edition last week, OnePlus has unveiled it in India today. It is basically the standard OnePlus Watch that was launched in India earlier this year. But, the Harry Potter Limited Edition comes with a new wrist strap, exclusive animations, and special watch faces, representing the different houses in the Potterverse.

The OnePlus Watch Harry Potter Limited Edition is a great catch for die-hard Potterheads who grew up watching the magical universe created by J K Rowling. It comes with a special leather wristband that features an embossed Harry Potter logo. Furthermore, the watch comes with specialized watch faces with unique animations for each of the four houses at Hogwarts — Gryffindor, Slytherin, Hufflepuff, and Ravenclaw. Plus, the watch comes with an exclusive charging animation that showcases the magical universe of Harry Potter.

Other than these, there are various subtle details on the new OnePlus Watch that make it a perfect accessory for a Potterhead. For instance, the multi-function button of the watch features Harry’s famous lightning-shaped scar that he unwillingly received from the Dark Lord (Voldemort).

Under the hood, the OnePlus Watch Harry Potter Edition is the same as the standard OnePlus Watch. This means it has a 1.39-inch circular AMOLED display, sensors for heart rate tracking and blood oxygen monitoring, and 110+ built-in workout modes. It also packs support for the company’s Warp Charge technology that can juice up the wearable with a day’s power in just 5 minutes. You can check out our OnePlus Watch launch story to get more information about the specs of the device.

Now, coming to the price, OnePlus will sell the special OnePlus Watch Harry Potter Edition at the same Rs. 16,999 price as the standard variant. Although the company says that it will be a limited edition device, it did not mention how many of these watches will go on sale at launch.

As for availability, OnePlus has not released any information on that yet. However, the Chinese giant is encouraging potential buyers to register for launch notifications on its official online store.