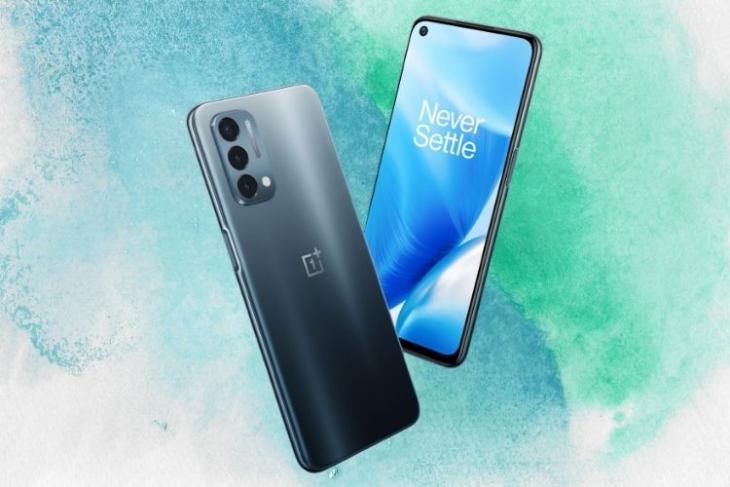 While OnePlus prepares to make the latest OnePlus Nord CE 5G available in India on June 16, the company is also aiming to launch a new 5G-supported Nord device in the global market soon. Dubbed the Nord N200 5G, the device will be a successor of the Nord N100 that launched last year. Now, ahead of its potential launch, the complete specs sheet of the upcoming device has surfaced online.

The leaked specs come from reputable tipster Evan Blass (Twitter/@evleaks) today. He recently shared a tweet along with unwatermarked renders of the Nord N200 and a full spec sheet of the device. So, without further ado, let me give you a quick rundown of the potential key specs of the OnePlus Nord N200.

Starting with the design, the OnePlus Nord N200 will feature an almost bezel-less display with a punch-hole cutout at the top-left corner. There will be a triple camera module on the metallic-finish back panel along with the OnePlus logo in the middle.

Turning to the optics, the Nord N200 will likely feature a triple camera setup at the back. There will be a 13MP primary sensor with EIS (Electronic Image Stabilization), a 2MP macro lens, and a 2MP monochrome lens. At the front, there will be a 16MP selfie snapper housed inside the punch hole cutout.

Under the hood, the smartphone will pack the Qualcomm Snapdragon 480 5G SoC that comes with the Adreno 619 GPU. This is the same chipset that powers devices like the new Oppo A74 5G, and the new Nokia X10 and X20 devices. It will be likely paired with 4GB of RAM and 64GB of onboard storage. There will also be a MicroSD slot to expand the storage up to 256GB.

The device will also pack a massive 5,000mAh battery with 18W fast-charging support. It will charge using the USB-C port that will sit alongside the 3.5mm headphone jack at the bottom.

In addition, the Nord N200 will support 5G connectivity, Bluetooth 5.1, and NFC. There will be a side-mounted fingerprint scanner for biometric authentication and payments onboard as well. The device will run Oxygen OS 11 based on Android 11 out-of-the-box.

Now, coming to the price, there is no word about that as of now. However, as we know that Nord N200 will succeed the entry-level N100, we can expect the price to be in the sub-$200 bracket. Moreover, there is no official info on whether OnePlus will launch the device in India. So, stay tuned for more updates in the coming days as we move closer to its potential launch.