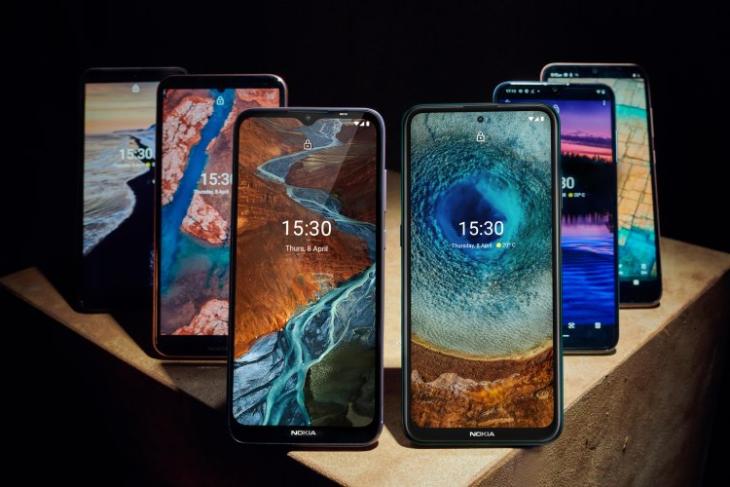 While other phone makers are fighting it out in the flagship and mid-range segments with their latest 5G smartphones, HMD Global has been pretty silent until today. The Finnish giant, as promised, has finally revamped its naming scheme and launched six new smartphones today. It includes two entry-level C-series, two budget-centric G-series, and two affordable 5G-enabled X-series phones.

So, without further ado, let’s check out the specifications and features of these new Nokia smartphones:

Starting off with the Nokia X10 and X20, both of these phones boast the same design and feature set with minor differences. They include a 6.67-inch Full-HD+ LCD display with a 20:9 aspect ratio, 2400 x 1080-pixel resolution, and up to 450 nits of brightness. There’s also a centered punch-hole cutout on the front. 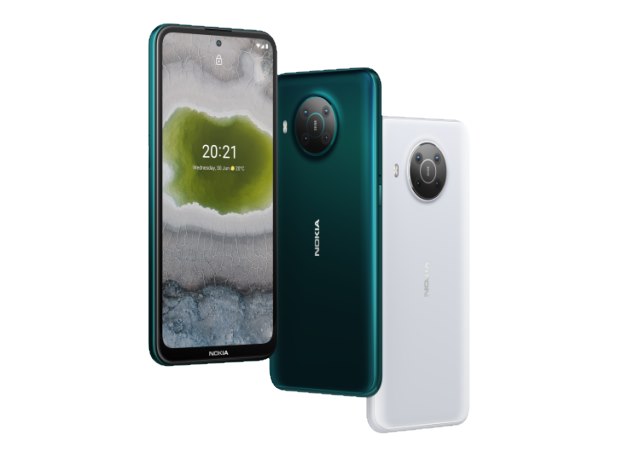 Both the phones come equipped with a 4,470mAh battery with 18W fast-charging via the USB Type-C port at the bottom. There’s a 3.5mm headphone jack, 5G support, Wi-Fi 802.11ac, Bluetooth 5.1, and NFC onboard as well. The fingerprint sensor is baked on the side and doubles as the power button.

Nokia X10 will be available in two colorways, namely Forest and Snow. On the other hand, Nokia X20 will come in Midnight Sun and Nordic Blue color variants.

Nokia X10 and X20 are the top-end smartphones unveiled at the event today. The new Nokia G-series is a budget lineup with a focus on battery life.

Both the Nokia G10 and G20 come equipped with a massive 5,050mAh battery. The company claims it can last up to 3 days on a single charge. But, it supports only 10W charging, which is painfully slow in comparison to today’s standards.

The smartphones also feature a 6.5-inch HD+ LCD display with a 20:9 aspect ratio and 1600 X 720-pixel resolution. There’s an 8MP punch-hole selfie camera at the top and a thick chin with the Nokia branding at the bottom. This is where the similarities between Nokia G10 and G20 end. 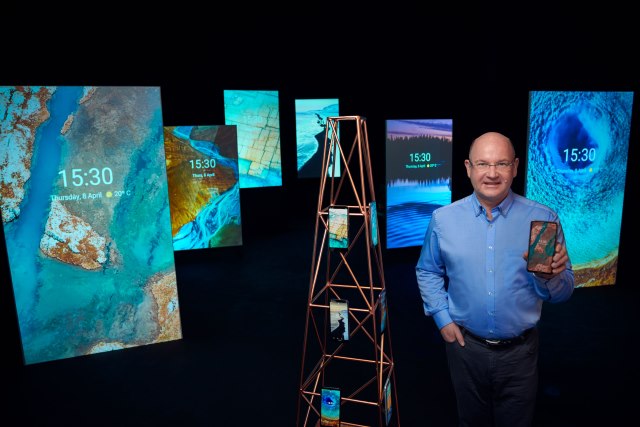 Nokia G10 will be available in two colorways, namely Night and Dusk. On the other hand, Nokia G20 will come in Night and Glacier color variants.

Last but not least, we have the entry-level Android Go-powered Nokia C-series from HMD Global. Both the Nokia C10 and C20 have polycarbonate back panels and house a modest 3,000mAh battery, which is removable. The devices support 5W charging via the micro-USB port at the bottom.

These phones feature a 6.5-inch HD+ LCD display with a huge chin at the bottom and a 5MP selfie camera in a waterdrop notch at the top. You also have a selfie flash baked into the top bezel. The Nokia C10 and C20 have a single 5MP rear camera.

Under the hood, the Nokia C10 is powered by a quad-core Unisoc SC7331e chipset while C20 is backed by an octa-core Unisoc SC9863a chipset. The phones also have up to 2GB RAM and up to 32GB internal storage (expandable up to 256GB via a microSD card). The Nokia C10 and C20 also run Android 11 (Go Edition) with a promise of 2 years of updates.

Nokia C10 will be available in two colorways, namely Light Purple and Grey. On the other hand, Nokia C20 will come in Dark Blue and Sand color variants.