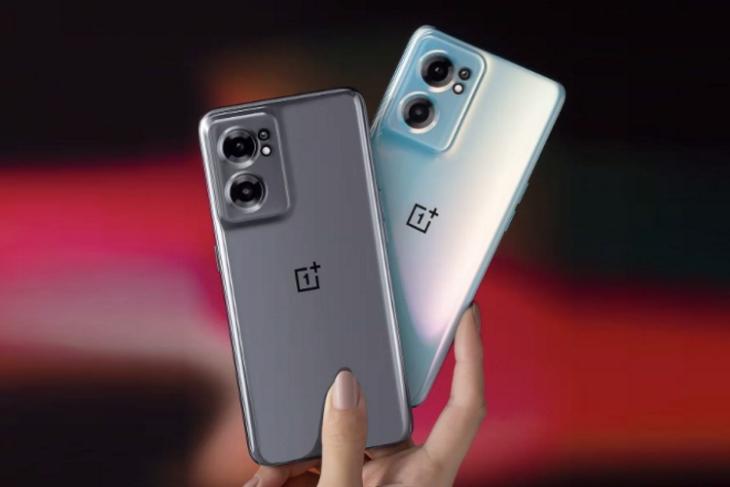 While we await the launch of the flagship OnePlus 10 Pro in India, the company has expanded its budget Nord lineup in the country. The OnePlus Nord CE 2 has made its debut in India with a refreshed design, a MediaTek 5G chipset, 64MP triple camera, and other attractive features. Here’s a look at the specifications, price, and availability details of the latest Nord device.

Starting with the design, the OnePlus Nord CE 2 comes in two contrasting colors and finishes. You have the Mirror Gray colorway with a shiny and glossy texture, while the Bahama Blue color has an eye-catching appeal. The glass back panel was created using a one-shot injection molding process and it has a rectangular camera bump with two large housings, one smaller camera, and the LED flash.

You will find the same triple camera setup as the Nord CE, its predecessor, on this device. That means you have a 64MP primary camera, along with an 8MP ultra-wide lens, and a 2MP macro camera. The front packs a 16MP punch-hole selfie camera with EIS and Nightscape support.

Talking about the display, it’s pretty much the same as the Nord CE as well. OnePlus Nord CE 2 includes a 6.43-inch Full-HD+ Fluid AMOLED display with a 90Hz refresh rate and 180Hz touch response rate. The panel supports 2400 x 1080p resolution, a 20:9 aspect ratio, Gorilla Glass 5 protection, and includes an under-display fingerprint sensor. Also, as you can see in the image below, much like its predecessor, the Nord CE 2 also doesn’t include the alert slider.

Under the hood, the OnePlus Nord CE 2 is powered by the MediaTek Dimensity 900 5G, which is a 6nm chipset that was unveiled last year. You will also find up to 8GB of RAM and 128GB of internal storage onboard. The new addition here comes in the form of microSD card support (up to 1TB), which OnePlus says users upgrading from budget phones to a Nord phone wanted.

As for the software, you are in for a disappointment. OnePlus Nord CE 2 runs Android 11-based OxygenOS 11 out-of-the-box. Yeah, the company is holding back the latest OxygenOS 12 update in the name of stability, as revealed in a private press briefing. However, it is really disappointing to see OnePlus offer an older version of OxygenOS on a device launching nearly 6 months after the stable Android 12 update rolled out in the market. Moreover, the device will get two years of major software updates (Android 12 and 13) and three years of security patches.

Moving on, the device comes equipped with a 4,500mAh battery with 65W SuperVOOC fast-charging technology support. Also, it brings 5G, Bluetooth 5.1, Wi-Fi 6, a 3.5mm headphone jack (which is a rarity), and a USB-C port on the connectivity front. You can check our first impressions of the Nord CE 2 right here:

OnePlus Nord CE 2 will be available to buy in two configurations – 6GB+128GB and 8GB+128GB. The device is priced starting at Rs 23,999 in India. Plus, ICICI Bank customers will get an instant discount of Rs 1,500 on credit card and EMI transactions. That means you can get the Nord CE 2 at an introductory price of Rs 22,499 in India.

You can choose between the Bahama Blue and Gray Mirror color variants. The Nord CE 2 can be purchased on Amazon India and OnePlus’ online store, starting from 22nd February. So, will you choose the Nord CE 2 over the recently launched Realme 9 Pro+ or the Xiaomi 11i? Let us know in the comments section below.