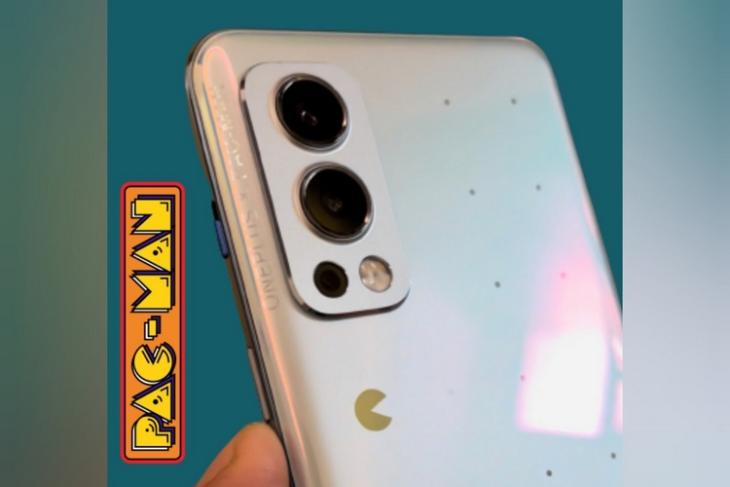 OnePlus announced its partnership with Bandai Namco for a special edition of the Nord 2 earlier last week. The hands-on image and the retail box of the OnePlus Nord 2 PAC-MAN edition have now leaked online.

Tipster Sudhanshu Ambhore leaked the retail box of the OnePlus Nord 2 PAC-MAN edition on Twitter over the weekend. Soon after, he also shared the hands-on image of the handset citing The Phone Talks as the source. The images reveal the glossy panel of the handset along with the PAC-Man logo and the dual film maze design that glows in the dark in neon color. Check out the images below:

Other than these changes, we could expect the Nord 2 PAC-MAN edition to inherit the key specifications of the Nord 2. To recall, the Nord 2 launched with a 6.43-inch 90Hz AMOLED display, Dimensity 1200-AI chipset, a 50MP triple camera setup, and 65W Warp charging. The top-end regular Nord 2 with 12GB RAM + 256 storage costs Rs.34,999 in the country.

OnePlus Nord 2 PAC-MAN edition will launch in a single variant with 12GB of RAM and 256GB of storage. Alongside the announcement, OnePlus revealed that the device will be sold at Rs.37,999 in India, €529 in the EU, and £499 in the U.K. Since then, the Amazon microsite of the device has gone live, essentially confirming that the device will go on sale via Amazon India.