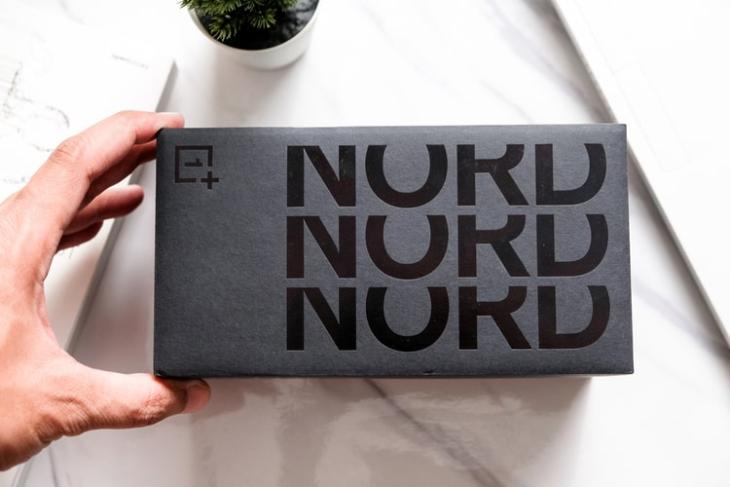 After being hailed as the flagship killer for years, OnePlus made its entry into the mid-range segment with the launch of OnePlus Nord last year. The 5G-capable Nord sold like hotcakes at launch but is now faced with immersive competition from the likes of Xiaomi and Moto. Thus, it has led users to question – when is the OnePlus Nord 2 coming? Well, it seems like the launch of the next-gen Nord device is imminent. OnePlus has mistakenly mentioned the device in an official FAQ on its website, confirming the OnePlus Nord 2 name.

OnePlus, if you did not know, recently announced a partnership with Google’s cloud gaming platform Stadia. It is offering the Google Stadia Premiere Edition for free to eligible OnePlus users in Germany, UK, and France.

Now, to let its customers know about the new partnership, OnePlus created a microsite on its official website along with an FAQ section. In the FAQ section, as spotted by Android Police, the company mistakenly mentioned the unreleased OnePlus Nord 2 on the list of compatible devices.

You can check out a screenshot of the official FAQ page, mentioning the OnePlus Nord 2 name, right here:

As you can see, OnePlus mentioned the OnePlus Nord 2 in the “How to Participate” section. However, it is worth mentioning that the company removed the mention not long after it was discovered by fans online.

So, what this means is that OnePlus is getting ready to launch the OnePlus Nord 2 soon. The new Stadia Premiere Edition promo will continue till September 30 and it seems like the company will launch the device in the market before that.

Now, coming to the OnePlus Nord 2, we know that it might be the first OnePlus device to feature a MediaTek chipset. It will reportedly pack the MediaTek Dimensity 1200 SoC to offer flagship-grade performance at an affordable price point.

Apart from this, we do not know much about the device as of now. However, as we near the launch of the OnePlus Nord 2, more details about its specs, features, and price will surface online. So, stay tuned for more information.