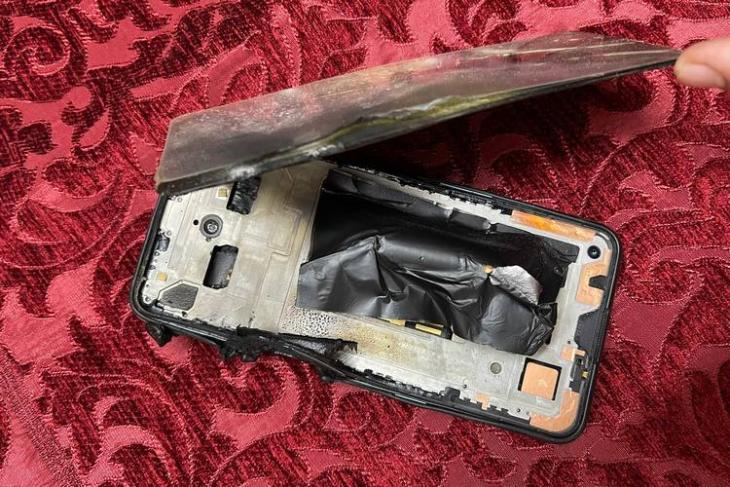 Of what seems like a never-ending saga, yet another user has taken to Twitter to report that their OnePlus Nord 2 has allegedly exploded. According to Twitter user @lakshayvrm, the device seems to have exploded during a call.

“My brother’s OnePlusNord2 burst out in his hands while talking on phone. We went to Service Centre, CP, New Delhi for a resolution and we were asked to wait for 2-3 days. Now they are calling us to recollect that bursted phone as they can’t do anything,” wrote the user on Twitter. You can check out the thread below:

According to the Nord 2 user, the person who witnessed the explosion didn’t have serious injuries. However, a separate tweet details how portions of melted metal came in contact with the user’s palm and face. OnePlus’s support team asked the user to get in touch via private messages, but there haven’t been public updates so far. The user, on the other hand, seems to have filed a case with the consumer court, the case number being 3397141.

This is not the first time we are hearing about OnePlus Nord 2’s explosion. Ever since Nord 2’s launch in July 2021, there have been multiple reports of OnePlus Nord 2’s battery getting exploded. With the Bengaluru bike ride incident, OnePlus said the damage to the device was due to an isolated incident involving external factors. We will have to wait for OnePlus’ official word on the latest Nord 2 battery explosion.