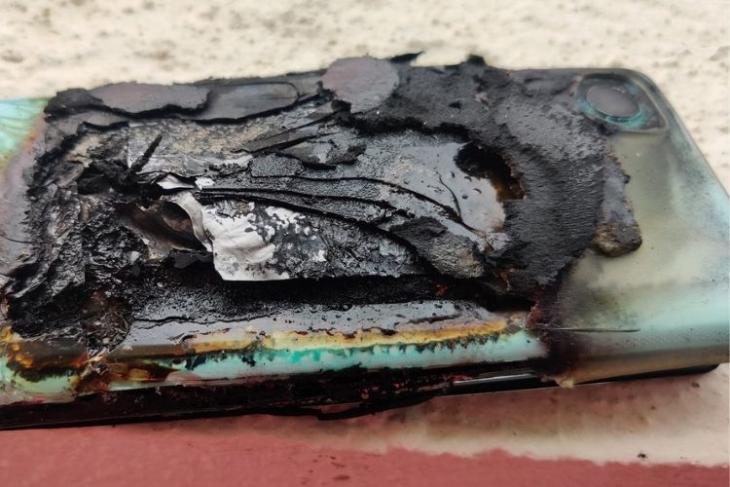 [Original post | 2nd Aug, 11:55 am] – When the wife of Ankur Sharma, a resident of Bengaluru, bought a brand new OnePlus Nord 2 smartphone recently, she did not think that it would lead to such a disastrous experience, given the brand’s track record. However, the new OnePlus Nord 2 device exploded inside her sling bag as she rode a bicycle, leading to a traumatic experience.

Sharma took to Twitter to report about the incident. In a tweet, Ankur shared four high-res images of the burned device along with some more details. However, the tweet was later deleted by Sharma, possibly as per instructions from OnePlus. The incident was reported by the Dutch media house LetsGoDigital and you can check out some of the images here: 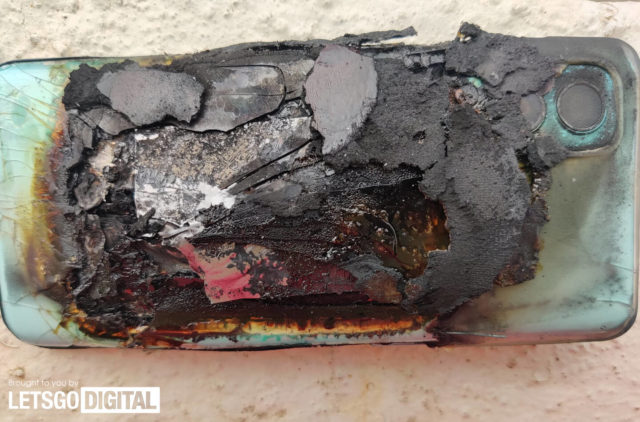 As per the tweet, Sharma’s wife bought the device just five days back. Following this, she went on a bike ride with the new smartphone inside her sling bag. The OnePlus Nord 2 suddenly exploded inside the bag, and a heavy amount of smoke started coming out of it. It happened while Sharma’s wife was riding the bicycle, and hence, it led to a traumatic accident for her.

As per the images, the device seems to have exploded from the inside. The explosion destroyed the chassis, screen, and back panel of the device. Even the damaged Lithium-Ion protective bag was visible after the blast. 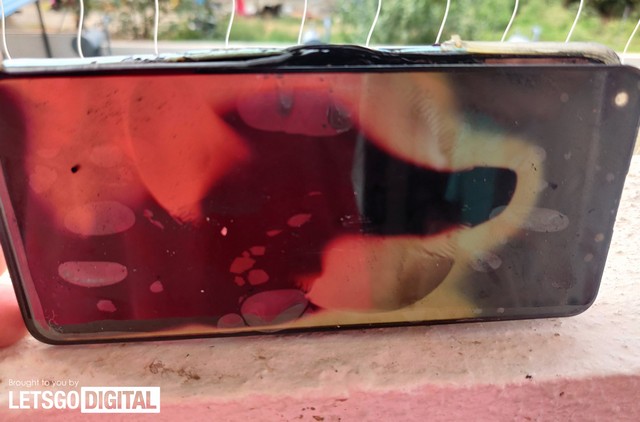 So, it is possible that the explosion was triggered by the 4,500mAh battery inside the OnePlus Nord 2. However, the exact cause for the explosion remains under wraps as of now. Following the post on Twitter, OnePlus reached out to Ankur Sharma via an official tweet from its support handle. The company said that it wants to “make amends” for the incident. You can check out the tweet attached below.

Hi Ankur. We are gutted to hear about your experience. We are deeply concerned and want to make it up to you. We request you to connect to us over a direct message so that we can make amends and turn this around for you. https://t.co/Y6rHuMwu8J

Now, after OnePlus shared the tweet, Ankur Sharma deleted his original post along with the images. This was possibly done as per OnePlus’ instructions as the company would not want such a report to be out in the open for potential customers. Moreover, Sharma later confirmed that OnePlus has already acknowledged the issue and has already started the root cause analysis (RCA) for the incident.

OnePlus has offered some clarity on the situation surrounding the OnePlus Nord 2 battery explosion in India. The company says that it was caused due to external factors and wasn’t a manufacturing defect. You can check out the complete statement down below.

In an official statement, OnePlus said, “Our top priority is the health and safety of our customers. We reached out to the concerned user immediately after hearing about this incident and initiated a thorough internal investigation. The results indicate that the damage to this device was caused by an isolated incident involving external factors and not due to any manufacturing or product issue. However, we remain in close touch with this user and have offered our support to address their concerns and ensure their wellbeing.

We would like to assure our customers that our products undergo thorough quality and safety tests, including various levels of pressure and impact tests, to ensure they are up to industry-leading standards and remain safe to use.”