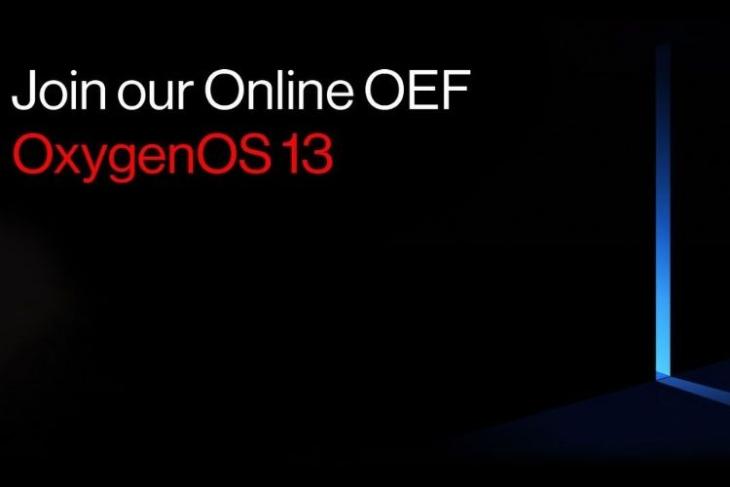 Last year, OnePlus confirmed that its 2022 flagship smartphones will run the much-anticipated Unified OS, which will be the merger of OxygenOS and ColorOS. However, the 2022 flagship: OnePlus 10 Pro runs OxygenOS 12 in China and its global version is slated to get OxygenOS 12 instead with the possibly delayed Unified OS. Amidst all this, OnePlus has now surprisingly announced its next-gen Oxygen OS 13, following the release of the first developer preview of Android 13 recently.

OnePlus recently announced this year’s Open Ears Forum (OEF), which will see the unveiling of the Android 13-based OxygenOS 13 on February 28 via a community forum post. An online meeting will be conducted with OnePlus users and company executives to discuss its upcoming OxygenOS 13 platform.

The announcement of OxygenOS 13, however, stirs up a bit of confusion about OnePlus’ OS plans. Previous reports suggested that the Unified OS, developed by both OnePlus and Oppo, will be announced in the second half of 2022. However, if OnePlus plans to release Oxygen OS 13, it is expected to clash with the release of the Unified OS platform.

There are a number of possibilities to explore. For starters, the question that might arise is whether OnePlus and Oppo are aiming to delay the Unified OS infinitely.

There are chances OnePlus might retain the OxygenOS branding despite merging the OxygenOS and ColorOS codes. For those who don’t know, it was previously expected to change the name of its Unified OS. At present, there’s nothing concrete available, and OnePlus needs to address a number of these questions.

Nonetheless, we expect to get more information about OnePlus’ plans and OxygenOS 13 on February 28 at 7:30 PM local time (5:00 PM IST). For this, OnePlus is inviting 15 people to join the conversation. If you are interested, you can send in your applications from over here. However, it is worth mentioning that the OEF is limited and the registration is open until February 18. So, hurry up!

Also, do let us know what do you think of this in the comments below!