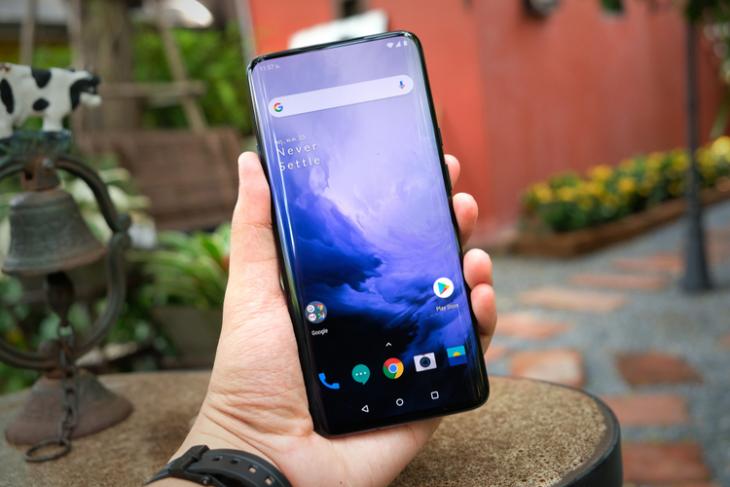 A day after unveiling the OnePlus 7T in India, the Chinese smartphone-maker has slashed the prices of its last-gen smartphones. According to a listing from Amazon, the OnePlus 7 and 7 Pro will be available for a discount of Rs. 3,000 and Rs. 4,000, respectively, during the upcoming Great Indian Festival Sale from September 29 – October 4.

The price-drop makes the OnePlus 7 an extremely lucrative proposition for many who might have been eyeing the Redmi K20 Pro now that the latter is priced at just Rs. 24,999 after getting a Rs. 3,000 discount as part of Xiaomi’s upcoming Diwali sale. However, it will be interesting to see if the lower pricing of the OnePlus 7 will cannibalize sales of the OnePlus 7T, which is not something the company would be bargaining for.

As a refresher, OnePlus on Thursday launched the OnePlus 7T for Rs. 37,999 in India. The device comes with a few notable upgrades over the standard OnePlus 7, including the Snapdragon 855+ SoC, a 19:9 90Hz Fluid AMOLED display, a triple-cam setup, an extra 2GB of RAM and slightly faster Warp Charge 30T. All of that makes it a definite improvement over the OnePlus 7, but the reduced pricing will now make the older device an attractive proposition for many potential buyers.

Deal: Grab Sony WH-1000XM4 ANC Headphones At Their Lowest Price Ever on Amazon