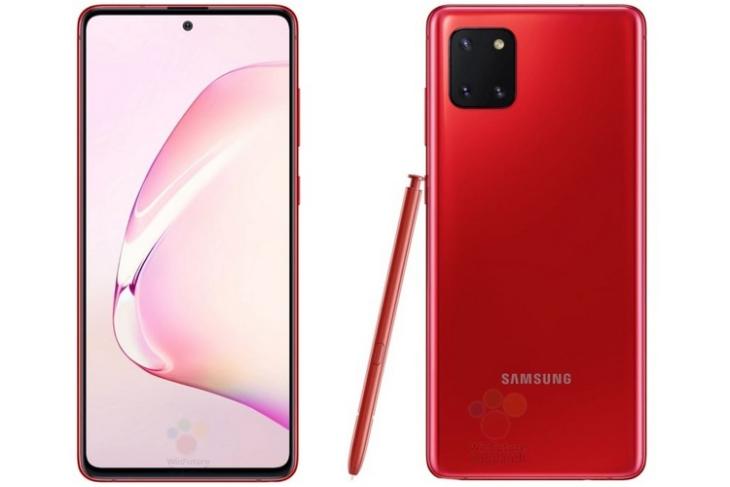 According to the Korea Herald, Samsung is expected to unveil both the Galaxy Note 10 Lite and the Galaxy S10 Lite at the upcoming CES 2020 trade show in Las Vegas next month. Do note that the report doesn’t say whether the information comes from insider sources or if it’s just a calculated guess, so take it with a pinch of salt for now.

Samsung is reportedly planning to launch ‘Lite’ versions of its flagship Galaxy S10 and Galaxy Note 10 smartphones early next year, and multiple leaks of the past few weeks have apparently revealed a few crucial tech specs of both the upcoming devices. However, a new leak has now seemingly revealed almost the entire spec sheet of the Galaxy Note 10 Lite, which will reportedly be available for purchase in Europe from January 10.

According to a report from German tech blog, WinFuture, the Galaxy Note 10 Lite will feature a flat 6.7-inch FHD+ (2400 x 1080) punch-hole HDR AMOLED display with a pixel density of 398 ppi and blue-light filter, much like the rumored Galaxy S10 Lite. The device is also said to come with a USB Type-C port and a 3.5mm headphone socket. Furthermore, it is said to carry a 4,500 mAh battery with 25W fast charging, while connectivity options are said to include Bluetooth 5.0, NFC and dual-band Wi-Fi.

An earlier listing on Geekbench revealed that the Galaxy Note 10 Lite will be powered by the Exynos 9810 SoC, sport at least 6GB of RAM and run Android 10 out-of-the-box. The latest leak adds that the device will come with 128GB of UFS storage that can further be expanded via a microSD card (up to 512GB). As expected, it is also said to come with Samsung’s One UI 2.0 on top of Android 10.

As always, the usual warnings around information obtained from leaks applies here as well, so take this with a pinch of salt if you will.