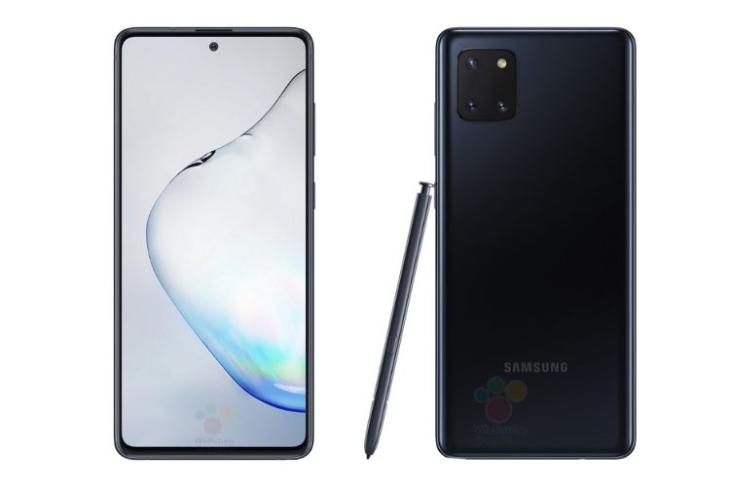 Samsung’s Galaxy Note 10 lineup is rumored to welcome a new variant – the Galaxy Note 10 Lite for quite some time. We’ve been hearing chatter about the smartphone for weeks but today we have gotten an official look at the Note 10 Lite, thanks to leaked marketing material published by WinFuture.

As you can see in the image above, the Galaxy Note 10 Lite will feature a flat display up-front with a centered punch-hole selfie camera. It’s similar to the Galaxy S10e (which is tiny and cute) and with even bezels all-around. There’s an earpiece up-top along with an in-display ultrasonic fingerprint sensor down below, which is okayish as we have seen in the past.

The biggest upgrade can be noticed when you turn the phone around. It looks like some Galaxy phones like the Galaxy A51 and A71 have set the tone for upcoming phones. The Galaxy Note 10 Lite will also sport a rectangular camera bump – similar to iPhone 11 and Pixel 4 lineups. It’s different from the vertical array on the original Note 10 and will most likely bring along a triple camera setup (a 64MP primary sensor, an ultra-wide lens and a telephoto lens) with an LED flash. 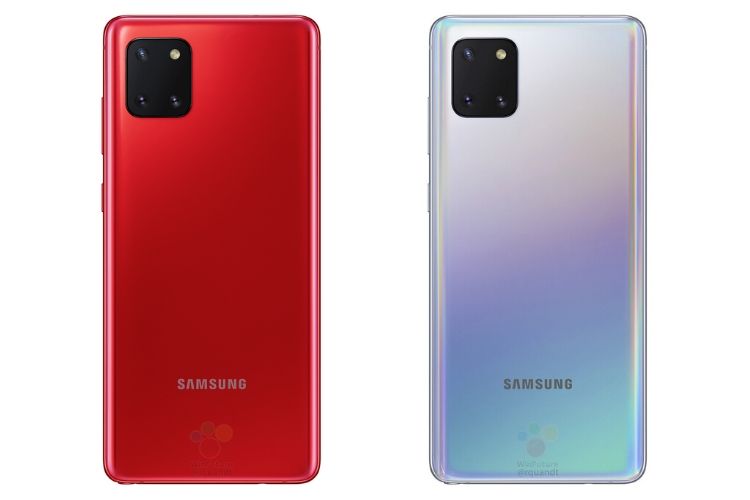 We have not only gotten a good look at what could be the official design of the upcoming Galaxy Note 10 Lite but also its color variants. Note 10 Lite will be available in black, red, and a Prism color variant. Samsung also seems to have fixed the button placement in the Note 10 Lite. It moves the power button back to the right edge. There will obviously be a Bluetooth-enabled S Pen of the same color in tow – blue colored for the Prism variant.

Taking a quick look at the hardware specs, Galaxy Note 10 Lite is expected to feature a 6.7-inch FullHD+ AMOLED panel. It will be powered by the Exynos 9810 chipset that can also found inside the Galaxy Note 9, as per a recent Geekbench listing. But, there’s also rumors of Snapdragon 855 SoC powering the device. No official specifications have been revealed by Samsung just yet, so stay tuned for more updates.