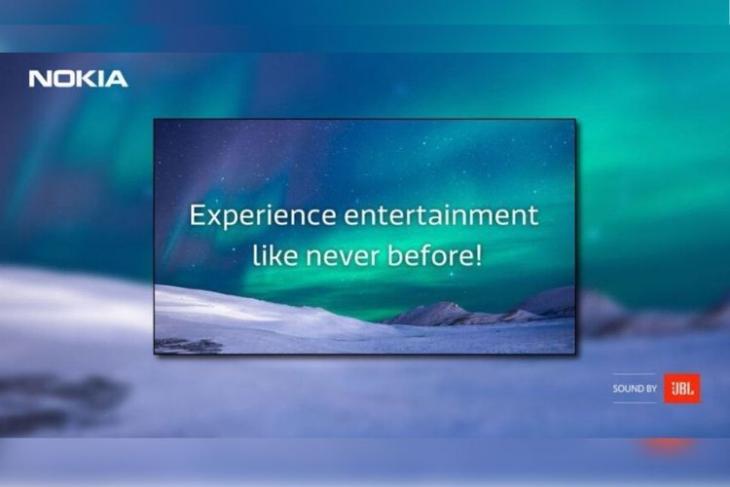 The smart TV segment in India is rife with opportunity at the moment. Xiaomi has greatly disrupted the market with its Mi TVs and more players are now stepping foot into the ring. Nokia is the latest to board the hype and has scheduled the launch of its first Smart TV in India on December 5.

As we near the launch, more details for Nokia Smart TVs has now started finding its way online. The pricing and manufacturer details for the TV are now available, all thanks to a report from The Mobile Indian. The report reveals that Nokia Smart TV will initially be introduced in a single 55-inch variant with 4K UHD resolution.

“Skyworth India Electronics, a subsidiary of China-based Skyworth Overseas Development Company,  along with Skyquad will assemble the Nokia TVs in Hyderabad,” told the source aware of the development. Flipkart, who is the brand licensee for Nokia’s Smart TVs, isn’t going berserk with this launch as it did with Motorola TVs.

The e-commerce giant unveiled 6 Motorola smart TVs simultaneously, including a sub-Rs 15,000 32-inch HD-Ready smart TV to a premium 65-inch Ultra-HD smart TV. It looks like Nokia doesn’t plan on cluttering the market but instead, aims to test the waters with this launch.

The source continues to add that one shouldn’t be surprised if the “Nokia TV is strikingly similar to Motorola 55 inch TV in terms of features.” The two smart TVs will differ on the audio front. Nokia has partnered with JBL to utilize its audio technology in its TVs. The leaks further suggest that the display will use Intelligent Dimming technology for deeper black and enhanced contrast.

Talking about the pricing, the 55-inch Nokia Smart TV with 4K UHD resolution is expected to be priced somewhere around Rs. 40,000. This suggests the Finnish giant plans to butt heads with popular smart TV makers such as Xiaomi and Vu in India. So, does this make you excited to check out the Nokia smart TV? Let us know in the comments below.