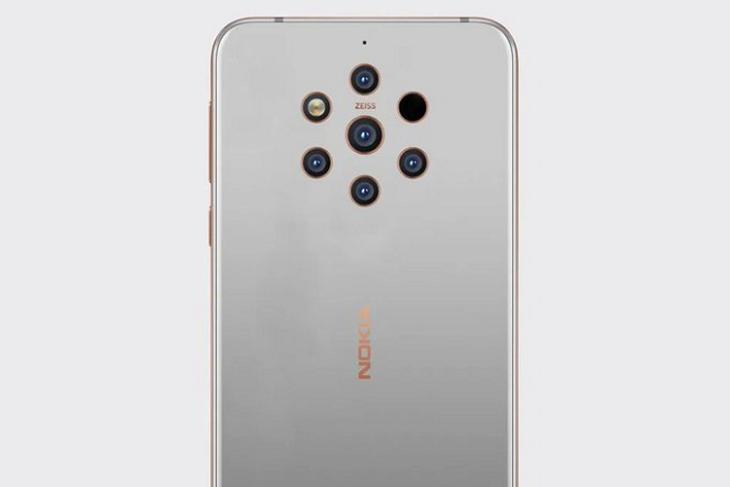 Speculations about a second-generation Nokia 9 PureView have been doing the rounds since last year, even though HMD has remained tight-lipped on the subject. While all earlier reports referred to the next-gen Nokia flagship as either 9.1 PureView or 9.2 PureView, latest rumors now suggest that it might actually be called Nokia 9.3 PureView.

According to a series of tweets from tipster Nokia anew (@nokia_anew) this week, the phone will ship with a 120Hz screen screen, although, it’s unclear as to whether it will be LCD or AMOLED.

Also note that the flagship will include a 120Hz display. #trends #display #nokiamobile #nokia9 #nokia

The tweets further claimed that the device will sport a 108MP camera sensor from Samsung alongside a 64MP sensor from Sony as part of its rear-facing camera setup, but it’s apparently not yet been decided as to which one will be used to shoot videos. The tipster also suggested that the phone will ditch its predecessor’s simultaneously-operating penta-cam technology in favor of a more conventional multi-camera setup, although, it will still sport five image sensors like the original device.

Interestingly, HMD reportedly settled on the final setup after testing at least ten different prototypes of the Nokia 9.3 PureView with a whole host of possible camera options, including 20MP, 24MP and 48MP sensors. The device is also tipped to offer Optical Image Stabilization (OIS) with one of the image sensors.

Meanwhile, the company is also apparently deciding the on the phone’s color options, which are said to include Polar Night (blue), Cyan Green and White.

There’s no concrete info about when the Nokia 9.3 PureView will eventually be launched, but a report from the same tipster earlier this year suggested that it will be announced in late 2020 after the planned launch earlier this year was delayed because the company decided to switch from Snapdragon 855 to Snapdragon 865.