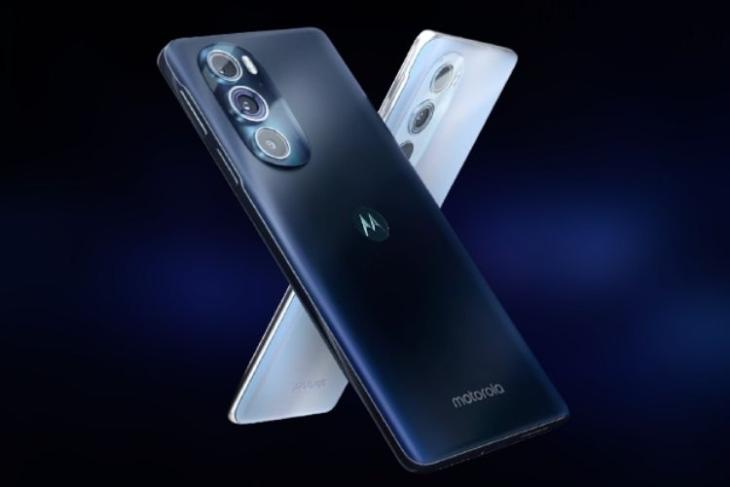 Motorola recently unveiled the Edge X30 as the world’s first Snapdragon 8 Gen 1 smartphone. Now, it seems like the company is prepping to introduce another flagship phone, which is likely to carry a number of exciting premium features, including, 200MP cameras, 120W fast charging, and more.

A newly surfaced report reveals that Motorola is working on a new flagship smartphone, codenamed “Frontier”, and it will join the list of the latest high-end phones that include the Xiaomi 12 Pro, the OnePlus 10 Pro, the upcoming Galaxy S22 series, and the Moto Edge X30, of course.

The device is said to be powered by the Qualcomm Snapdragon 8 Gen 1 mobile platform and will become the company’s second to flaunt the chipset under the hood. What’s more exciting is the speculation that it will come with a 200MP main camera with the Samsung ISOCELL HP1 sensor, which was recently launched. For those who don’t know, Motorola was previously rumored to launch a phone with a 200MP camera in the first half of 2022. Going by what we are hearing now, it could possibly become true.

Other camera details include a 50MP ultra-wide camera, a 12MP telephoto lens, and a 60MP front camera, much like the Moto Edge X30.

The smartphone is also expected to feature 125W fast charging, which will be a first for the company and will most likely give tough competition to Xiaomi’s 120W fast charging tech seen on the Xiaomi 11i HyperCharge and the Xiaomi 11T Pro.

While most of the details have been leaked online, the phone’s name, launch timeline, and more are still under the hat. We will share more details on this once we get some, so stay tuned.