Skip to content
Home News You Can Now Watch Netflix on Your Mobile for Just Rs. 65 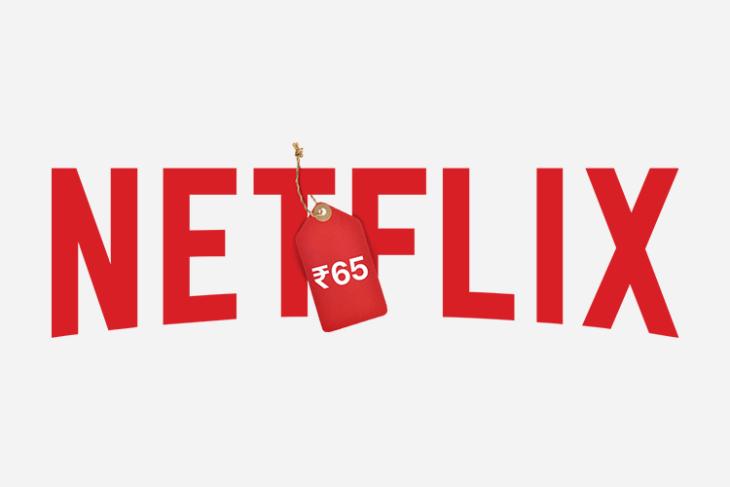 Content steaming platform Netflix is experimenting a weekly mobile-only plan for Rs 65 — the lowest ever cost it has offered its services in, exclusively in India.

The mobile-only plan allows users to watch content on just one smartphone or tablet screen at a time, according to media reports last week.

However, the mobile-only plan does not support shows in HD or 4K quality.

Despite bringing what seems to be the most affordable plans, Netflix still remains the most expensive over-the-top (OTT) content streaming platform in India.

Other OTT players like Amazon Prime Video and Hotstar Premium charge Rs 199 each per month with added benefits.