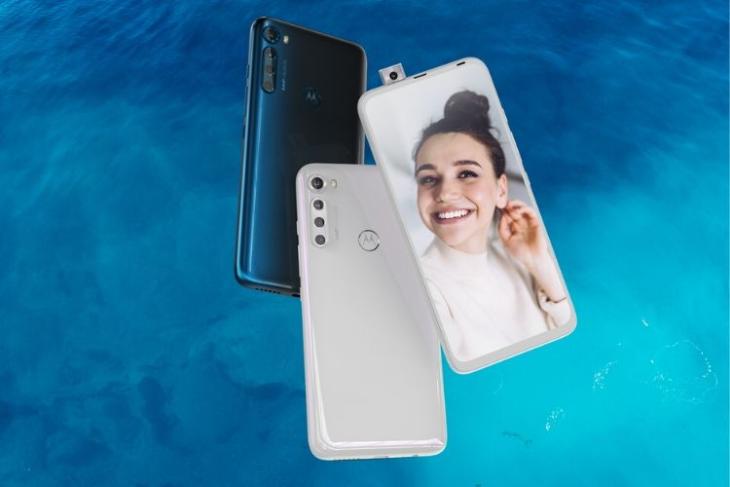 Motorola has made a strong come back to the mid-range segment with its One series over the past year. The newest addition to the lineup arrived in the form of Motorola One Fusion+ earlier this week. It features a fullscreen bezel-less display, Snapdragon 730 chipset, a pop-up camera, and a lot more.

The Lenovo-owned company has started teasing the launch of Motorola One Fusion+ in India today. The official Motorola India Twitter account posted a couple of teasers, both of them reading – ‘THE ULTIMATE ONE is coming!” with a silhouette of a phone with a pop-up selfie camera in the background.

The teasers do not reveal the exact date but a dedicated landing page has gone live on Flipkart, giving away the launch date. Motorola One Fusion+ arrives on 16th June in India.

Talking about the specs, Motorola One Fusion+ features a 6.5-inch Full-HD+ IPS LCD fullscreen display with a 19.5:9 aspect ratio and 1080 x 2340 resolution. The device is backed by the Snapdragon 730 chipset, paired with 6GB of RAM and 128GB of built-in storage. It runs vanilla Android 10 with some Moto customizations out-of-the-box.

You get a fullscreen display, thanks to the 16MP selfie snapper that’s baked into the pop-up mechanism. The quad-camera setup on the rear includes a 64MP (f/1.8) primary sensor, an 8MP (f/2.2) ultra-wide camera, a 5MP macro lens, and a 2MP depth sensor.

You also get a massive 5,000mAh battery pack onboard, along with 15W fast-charging. The fingerprint sensor is baked into the Moto logo on the rear.

The smartphone comes in two colorways, namely Twilight Blue and Moonlight White. It has been priced at 299 euros (around Rs. 25,699) for the single 6GB+@8GB variant. We, however, expect it to land in India somewhere around Rs. 20,000 price point.

While this is the official specification sheet, the rumor mill suggests that Motorola One Fusion+ will arrive with the gaming-centric Snapdragon 730G instead of the standard chipset. Well, we will have to wait until next week to see whether these claims hold true or not.

Editor’s Note: This article was updated to reflect that the device launches on June 16 in India. It was previously said to arrive soon.