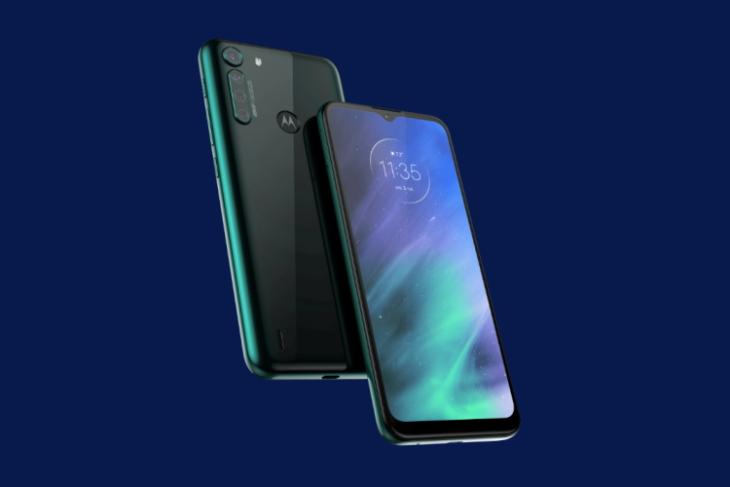 Motorola launched the One Fusion+ earlier last month in India with a pop-up camera and the Snapdragon 730G chipset. The Lenovo-backed company has today taken the wraps off its younger sibling, the Motorola One Fusion. It also includes a Snapdragon 700-series chipset, quad-cameras, and a massive battery among other things.

The design of the Motorola One Fusion remains pretty much the same as the Fusion+ on the rear. You get a vertical quad-camera array and a physical fingerprint scanner baked into the Motorola logo. The front sees a major downgrade with the full-screen display now being replaced with a waterdrop notch.

Motorola One Fusion sports a 6.5-inch HD+ LCD ‘Max Vision’ display with a 19.5:9 aspect ratio and 1600 × 720 resolution. This is a downgrade from the Full-HD+ display found aboard the Fusion+. The waterdrop notch houses an 8MP selfie snapper.

Under the hood, Moto One Fusion is powered by the Snapdragon 710 chipset that’s also found aboard the Nokia 8.1 and Realme 3 Pro. You will also find 4GB of RAM and 64GB of storage, which is expandable up to 512GB via a microSD card. The device runs almost stock Android 10 with some Motorola customizations in tow. 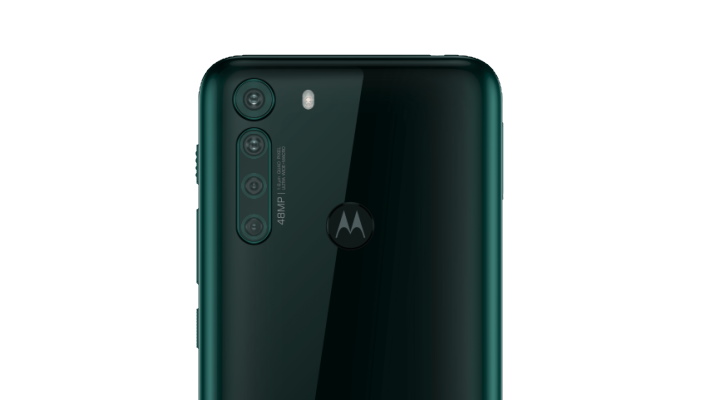 Motorola One Fusion includes a quad-camera system helmed by a 48MP primary sensor. There’s also an 8MP ultra-wide camera with a 118-degree FOV, a 5MP macro camera, and a 2MP depth sensor.

You will also find a massive 5,000mAh battery pack aboard this budget phone. There’s no word on the charging speeds but you do find a USB Type-C port at the bottom, which is great. The usual suspects, including a 3.5mm headphone jack, Bluetooth 5.0, and WiFi 802.11bgn (only 2.4GHz support), are also present on board.

Motorola One Fusion comes in a single 4GB+64GB variant and will retail at 1,99,990 Chilean Peso (around Rs. 18,699). We’d expect it to be priced around the Rs. 12,000 mark in India, especially after the Fusion+ was priced quite aggressively.

The smartphone will be available to buy in two colorways, namely Emerald Green and Deep Sapphire Blue. There is currently no word on when Motorola plans to bring the One Fusion to India but it would happen sooner rather than later.