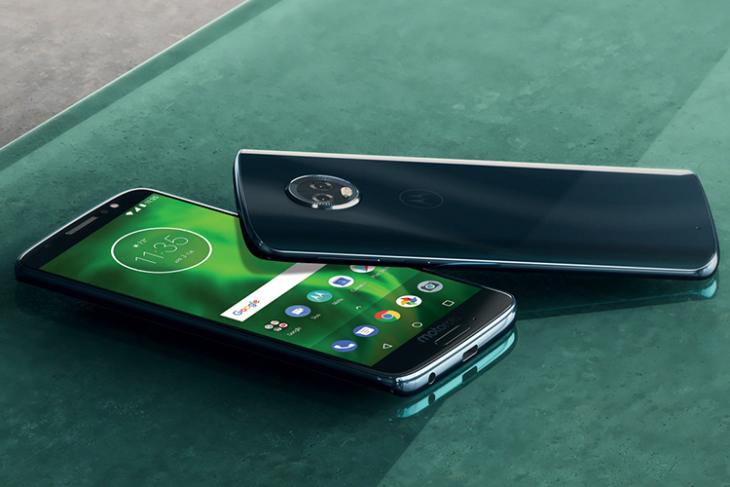 Lenovo-owned smartphone manufacturer Motorola unveiled the Moto G6 series at an event in Brazil late last month. At the event, the company launched the stock Moto G6, a slightly more powerful Moto G6 Plus, and a budget Moto G6 Play. The company is now planning to bring the devices to the Indian market and has recently teased the launch on Twitter.

#helloyou, gaming pros, techies, movie buffs, artists, photographers, explorers, fashionistas! Gear up for the #motog6 and #motog6play, designed with you in mind. Register now to be the first one to get all updates. https://t.co/7DwB9QAEkZ pic.twitter.com/n1RYPSy45Q

In its tweet, Motorola India revealed that it’s just bringing the Moto G6 and Moto G6 Play to the Indian market, which is rather disappointing. The tweet states:

“#helloyou, gaming pros, techies, movie buffs, artists, photographers, explorers, fashionistas! Gear up for the #motog6 and #motog6play, designed with you in mind. Register now to be the first one to get all updates.”

The tweet is followed by a link which takes users to Motorola India’s website where they can register to get notifications about the upcoming devices.

If you’re still not familiar with the specifications of the upcoming devices, here’s a quick rundown of what Motorola has packed within its sixth-gen G-series smartphones:

The Moto G6 features a 5.7-inch FHD+ IPS display with an 18:9 aspect ratio. The device is powered by the Qualcomm Snapdragon 450 SoC coupled with 3/4GB of RAM, and the two RAM variants come with 32/64GB of internal storage, respectively. The G6 also packs in a 3,000mAh battery, a 12+5MP dual camera setup on the back, and a 5MP selfie camera.

The budget Moto G6 Play features a 5.7-inch HD+ screen with an 18:9 aspect ratio. It’s powered by the Qualcomm Snapdragon 430 SoC, paired with 3GB RAM and 32GB internal storage, which can be expanded up to 128GB using a microSD card. The device features a 13MP primary camera on the back and a 8MP selfie shooter on the front. Powering the G6 Play is a 4,000mAh battery, which is bound to make it a rather long-lasting smartphone.