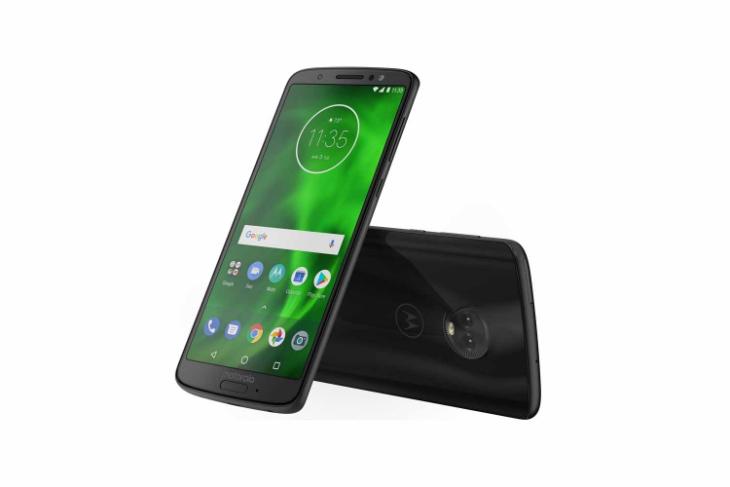 Lenovo launched three Moto G6-series smartphones in Brazil earlier this year. The lineup includes the stock Moto G6, a slightly more powerful Moto G6 Plus and a budget Moto G6 Play. Motorola India, however, launched only the Moto G6 and Moto G6 Play in India, with the Moto G6 Plus remaining conspicuous by its absence.

Now, several months after its global debut, the Moto G6 Plus is all set to make its entry into India, with the company announcing that the device will arrive in the country on September 10. It’s worth noting here that Motorola India has been teasing the launch of the Moto G6 Plus in India over the past few weeks, but it’s only now that the company has officially announced the launch date.

The new #motog6plus is set to arrive on 10th September and is built to give you more with every feature!
Which one are you most excited about? Take a screenshot and share it with us! #BuiltForMore pic.twitter.com/HyoigsRBv3

The Moto G6 Plus, as is evident from the name, is the most premium device in the Moto G6 lineup. It features a 5.9-inch IPS LCD display with a modern 18:9 aspect ratio display in Full HD+ (1080p) resolution. The device is powered by the Qualcomm Snapdragon 630 SoC, which comes with an integrated octa-core Cortex A-53 CPU clocked at 2.2GHz alongside the Adreno 508 GPU.

On the photography side of things, the Moto G6 Plus has a 12MP+5MP dual-camera module on the rear. While the larger sensor is paired with an f/1.7 lens and comes with Dual Pixel PDAF, the smaller sensor is meant for depth-sensing duties, and is mated to an f/2.2 lens. On the front, the device offers an 8MP camera with an f/2.2 lens for selfies and video chats. The main camera is capable of recording 4K videos, but the front shooter is restricted to 1080p recordings.

Moto G6 Plus Will be ‘Coming Soon’ to India Teases Motorola