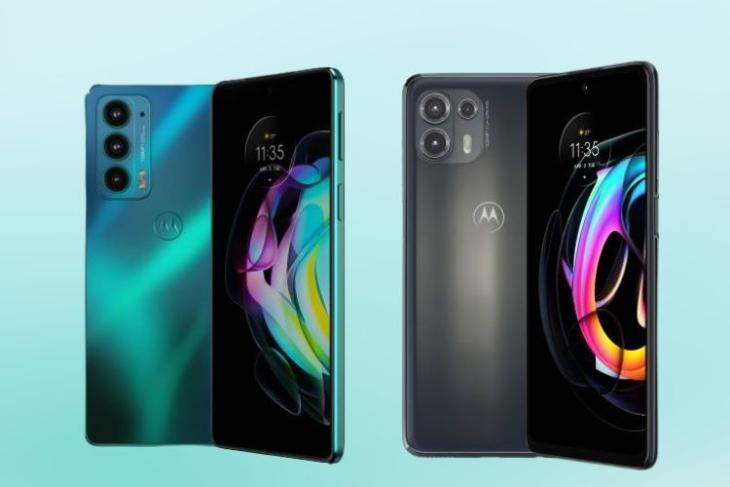 So, before moving to the price and availability of the devices, let’s take a look at some of the key specs and features of new Motorola devices in India.

Starting with the standard Moto Edge 20, the company says that it is the “slimmest 5G smartphone in India” with a meager 6.9mm thickness. It comes with a 6.7-inch Full HD+ OLED panel, supporting a 144Hz refresh rate and a 576Hz touch response rate. It also supports DCI-P3 color gamut, HDR10+, and 10-bit color for an immersive viewing experience. Moreover, there is a top-center punch-hole cutout for the 32MP selfie shooter.

Speaking of the optics, the device comes with a triple rear camera setup, including a 108MP primary lens. There is also a 16MP ultra-wide lens and an 8MP telephoto lens with 3x optical zoom and 30x Super Zoom capabilities. 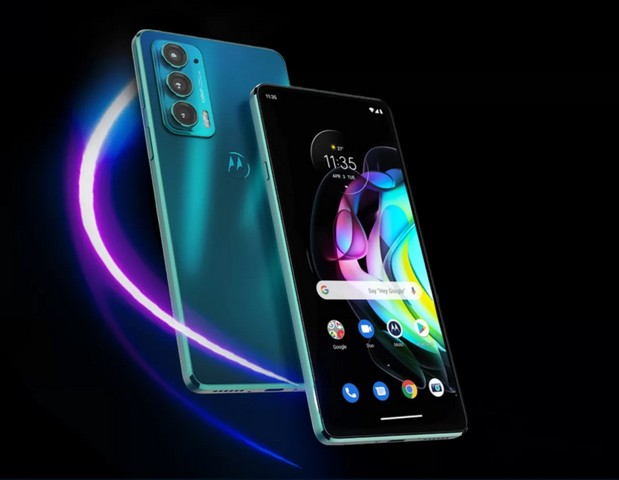 As for the internals, the device packs the Qualcomm Snapdragon 778G SoC, which is the company’s 5G-supported chipset for premium mid-range devices. It has an integrated Adreno 642L GPU and is paired with 8GB of RAM and 128GB UFS 3.1 internal storage.

There is also a 4,000mAh battery with support for 30W fast charging inside. Motorola says that it can deliver up to 8 hours of battery life with a 10-minute charge.

Other than these, the smartphone comes with support for 5G networks, Bluetooth 5.0, Wi-Fi 6, and NFC functionalities. Plus, there is a USB-C port at the bottom for charging and data transfer. The device comes in two colors – Frosted Pearl and Frosted Emerald and runs the Android 11-based My UX skin, which is a near-stock version of Android, out-of-the-box.

Coming to the lower-end Moto Edge 20 Fusion, it packs similar specs and features as its global counterpart. However, there is a key change in the rebranded Moto Edge 20 Lite, which we will talk about in a later part of the article.

So, starting with the display, the Moto Edge 20 Fusion boasts a 6.7-inch Full HD+ OLED panel with support for a 90Hz refresh rate. It also has a top-center punch-hole cutout to house the 32MP selfie snapper.

At the back, the device features a triple-camera setup with the same 108MP primary lens as its elder sibling. However, instead of the 16MP and 8MP sensors on the Moto Edge 20, the Edge 20 Fusion packs an 8MP ultra-wide lens and a 2MP depth sensor. 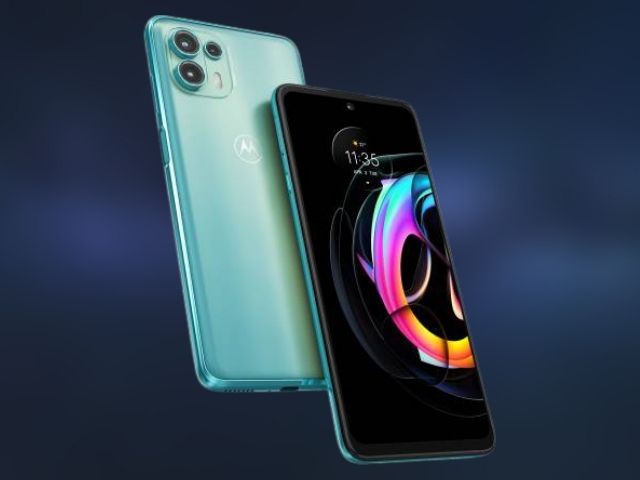 The device also packs a bigger 5,000mAH battery than the vanilla Moto Edge 20. It also comes with 30W fast charging support to quickly juice up the device. The device comes in two color options, namely, Cyber Teal and Electric Graphite, and runs the My UX skin based on Android 11 out-of-the-box.

You can check out the devices on Flipkart via the corresponding links and register to be notified once they go on sale.