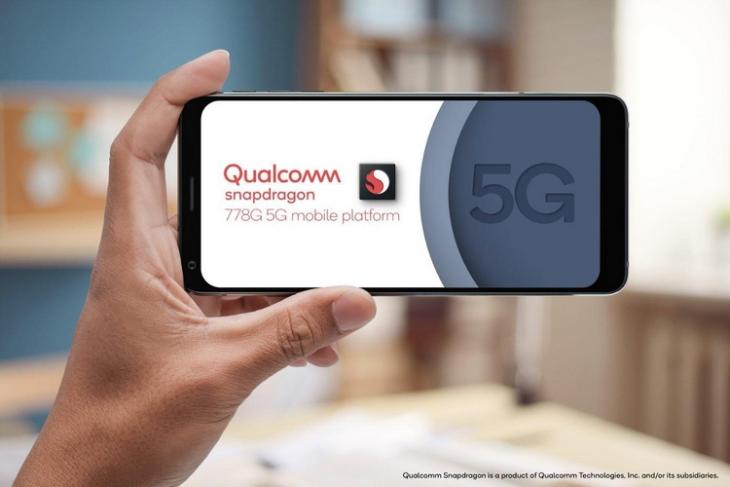 Qualcomm has today added a new chipset to its 700-series SoC lineup – Snapdragon 778 5G. The chipset will first make its appearance on upcoming premium mid-range 5G phones from brands such as Honor, iQOO, Motorola, OPPO, Realme, and Xiaomi.

Snapdragon 778 5G is manufactured using 6nm process technology. It offers the Qualcomm Kryo 670 cores, which the chipmaker says, deliver up to 40 percent better CPU performance. For graphics, you have the Adreno 642L GPU that promises up to 40 percent faster graphics than its predecessor.

The chipset supports up to 144Hz FHD+ displays. The phones with Snapdragon 778 5G under the hood can utilize up to 16GB of LP-DDR5 memory clocked at up to 3200 MHz. Qualcomm has added Snapdragon Elite Gaming features such as Variable Rate Shading (VRS) and Qualcomm Game Quick Touch to the chipset as well.

For connectivity, Snapdragon 778 5G utilizes an integrated Snapdragon X53 5G Modem-RF system capable of supporting both mmWave and sub-6 5G bands. The chipset supports Wi-Fi 6/ 6E with a peak speed of up to 2.9 Gbps. The Bluetooth version here is 5.2 and it supports Bluetooth LE Audio.

Coming to AI capabilities, the chipset features 6th gen Qualcomm AI Engine with Hexagon 770 processor that promises up to 12 TOPs and twice the performance per watt. It also supports second-gen Qualcomm Sensing Hub for use cases that involve contextual awareness.

In terms of optics, Snapdragon 778 5G offers a triple ISP capable of capturing images and videos from three lenses including wide, ultra-wide, and zoom at once. It also supports 4K HDR10+ video recording and offers staggered HDR image sensors.

You could expect devices featuring Snapdragon 778 5G to hit the market from the second quarter of 2021. Could the second-gen OnePlus Nord be powered by this chipset? Let us know your thoughts in the comments below.