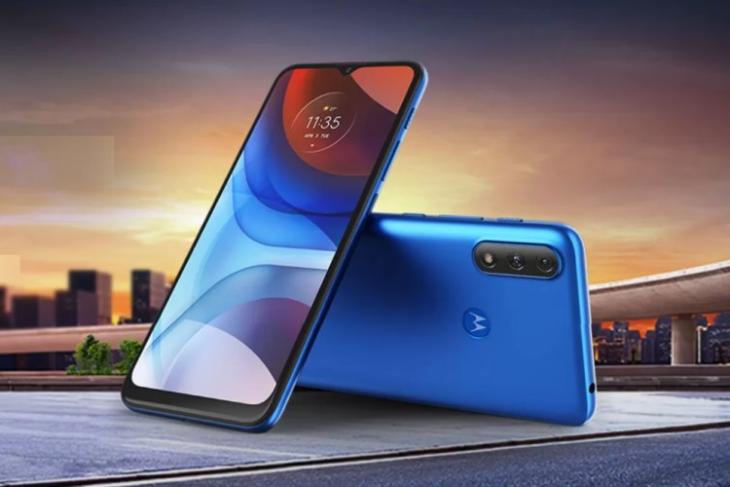 As promised, Motorola has launched its entry-level smartphone, Moto E7 Power, in India today. It follows the Moto E7 Plus, launched last year, but there’s a number of differences between the two. The Moto E7 Power not only has a bigger battery but a vertical dual-camera setup and a MediaTek chipset under the hood.

Moto E7 Power is priced at Rs. 8,299 for the single 4GB+64GB variant in India. It will be available in two color variants, namely Tahiti Blue and Coral Red. The device will go on sale starting from 26th February on Flipkart.

The smartphone sports a 6.51-inch HD+ LCD display with a 20:9 aspect ratio and 1600 x 720-pixel resolution. You also have a thick bottom bezel and a waterdrop notch, housing a 5MP selfie camera, at the top.

The polycarbonate rear panel includes a dual-camera setup, including a 13MP (f/2.2) primary sensor and 2MP macro camera. The company has, however, ditched the new centered square module in favor of a standard vertical camera system. The Moto logo houses a physical fingerprint sensor. 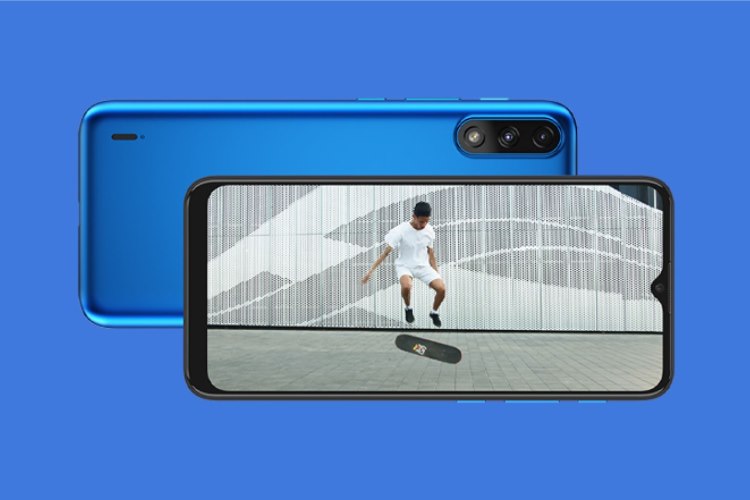 Under the hood, the MediaTek Helio G25 SoC runs the show aboard the Moto E7 Power. The Plus variant was powered by the Snapdragon 460. The chipset is coupled with 4GB of LPDDR4x RAM and 64GB built-in storage. It is expandable up to 1TB via a microSD card. The device runs stock Android 11 with some Moto customizations out-of-the-box.

The Moto E7 Power also comes equipped with a 5,000mAh battery and 10W fast-charging via the USB Type-C port. You also have a 3.5mm audio jack, Bluetooth 5.0, and Wi-Fi 802.11 b/g/n to round up the connectivity options. The device also has an IP52 rating.

This smartphone will compete against Realme C12 and Redmi 9i in the sub-Rs. 8,500 price bracket in the country. So, which budget smartphone will you pick? Let us know in the comments below.