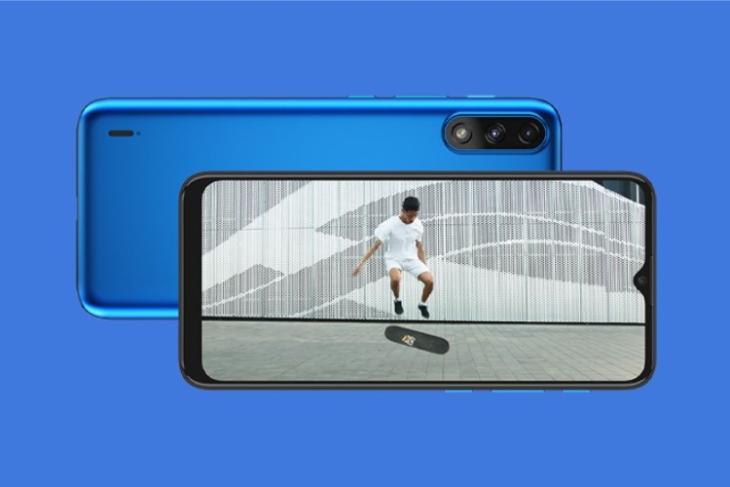 After a plethora of rumors and render leaks, Motorola has confirmed that the budget-centric Moto E7 Power will launch first in India. It will be unveiled later this week and the Lenovo-backed company has confirmed both the design and its key specs. Moto E7 Power sports a waterdrop notch display, dual rear cameras, and a massive battery pack to justify the ‘Power’ branding.

The official Motorola India account took to Twitter earlier this morning to reveal the Moto E7 Power launch date. Moto E7 Power will be unveiled in India on 19th February at 12:00 PM. It is being marketed as the ‘Power Packed Entertainer’ that will enable users to consume content on a large screen.

The device will be exclusive to Flipkart, which has set up a dedicated landing page for the device. It confirms some of the key specifications and we have detailed them right here.

Moto E7 Power will be the latest addition to the Moto E7 lineup. The company already launched the E7 Plus in India and the vanilla E7 in Latin America. This device is quite similar to the latter but differs on the camera and battery front.

The device, as you can see in the Flipkart listing, will feature a 6.5-inch HD+ LCD display. You have a thick bottom bezel and a waterdrop notch, housing a 5MP selfie camera, as per leaks. The listing further confirms that you have a 13MP dual-camera system on the rear. The fingerprint sensor is located in the Motorola branding on the rear.

Though the listing does not reveal the chipset that backs the E7 Power. Some recent leaks suggest that the MediaTek Helio G25 chipset runs the show under the hood. We have, however, learned that you get 4GB of LPDDR4x RAM and 64GB of storage onboard. The device will certainly run stock Android with some Moto customizations on top.

Finally, the smartphone gets its name from the massive 5,000mAh battery with USB Type-C charging support onboard. The listing further advertises 2 x 2 MIMO network support.