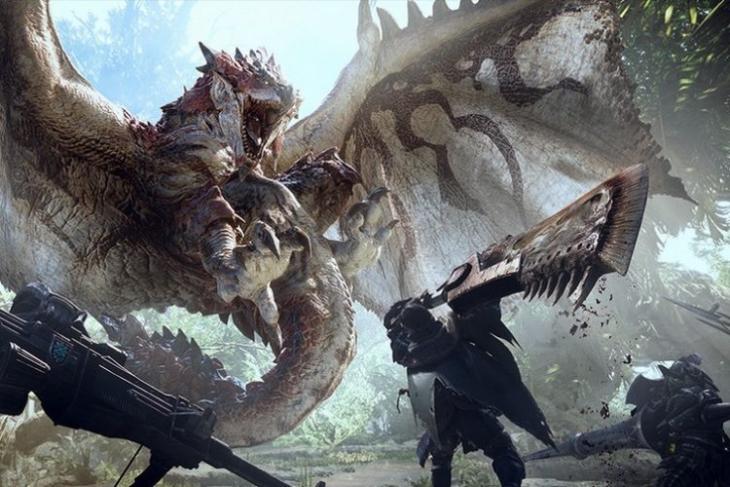 Capcom’s Monster Hunter series is regarded as one of the best RPG games. Apart from being critically acclaimed, the game is also widely adored by fans worldwide. The studio had recently released the latest entry in that series, Monster Hunter: World for Xbox One and PS4. While we previously covered how the game became the fastest selling game in Capcom’s history, it seems as if more praise might be coming the game’s way.

As announced by Capcom in an official blog post, Monster Hunter: World is catering to approximately 7 million players worldwide, and has shipped 7.5 million units, making it the best-selling title in company history.

Released for the console platforms on January 26, 2018, Monster Hunter: World has seen strong sales figures from the get-go. The game sold more than 5 million copies within just three days of becoming available, and then, went on to dethrone PUBG as the top-selling game on Xbox One. Furthermore, the game stayed at the top position for sales on PS4 for continuous weeks before being shadowed by Metal Gear Survive in Japan last week.

Just to brush you up with the game, Monster Hunter: World allows the players to take the role of hunter, to embark upon quests to hunt monsters in a variety of habitats. Players will have to take down these monsters and receive materials that they can later on use to create stronger weapons and armor in order to hunt even more dangerous monsters. In Monster Hunter: World, one can enjoy the ultimate hunting experience, using everything at their disposal to hunt monsters in a new world teeming with surprises and excitement.

Monster Hunter: World is the first new Monster Hunter title for home consoles in nine years, and also the first title in the series to be given a global simultaneous launch. While the above sales figures are staggering, what’s even more exciting is the fact that these are the numbers for the console’s sales only. A PC port of the game is scheduled for release in the second half of the year, which Capcom expects to take the game to record-breaking figures.

Having played Monster Hunter: World on my PS4, I can assure you that it is one of the best RPG titles I’ve tried out in recent times. But what about you? Share with us your experiences of the game in the comments down below.