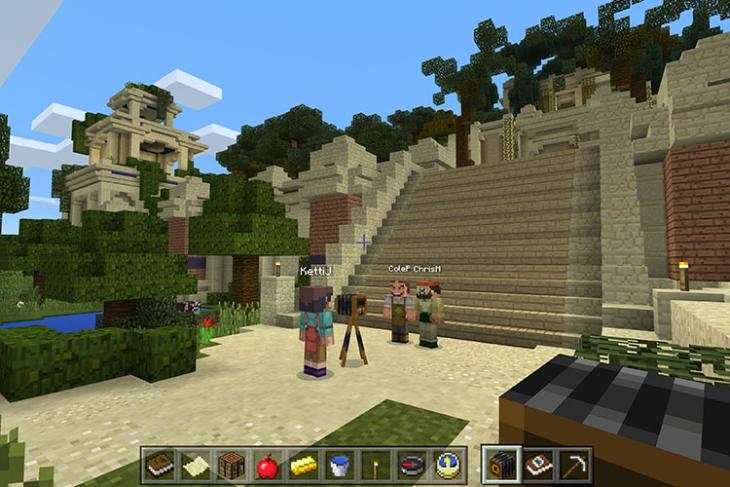 The Nintendo Switch was a massive hit as soon as it launched, and sold out almost instantly from every store. It also went on to break many sales records for Nintendo all over the globe.

While there are a load of titles available for the Nintendo Switch ranging from fan-favorite games such as Legend of Zelda and Super Mario Odyssey, to lesser known, but still fun options such as ‘1-2 Switch,’ there’s no way to get achievements on the Switch as Nintendo is vehemently opposed to the idea.

But Mojang has a workaround. The Minecraft developer is reportedly adding achievements to the Switch version of the game, and as Switch doesn’t have native achievements, Mojang decided to use Xbox Live achievements for the portable gaming device.

The change was spotted by content creator Patrick Maka, and the Switch list looks similar to the achievements list on the Xbox, and on other non-Microsoft platforms such as Android and iOS.

Looks like the Nintendo Switch version of @Minecraft will have achievements! pic.twitter.com/K7wGhcnDZJ

Since the game will be tracking Xbox Live achievements, this means you’ll be able to complete and gain achievements on the Switch and these will be synced to your Xbox Live account, making Minecraft a seamless experience for the most part. The Bedrock update is also adding cross-play support to the game between Xbox, PC, Android, iOS, and VR. Once the update is released for the Nintendo Switch, we might be able to cross play with the Switch as well.

Minecraft Marketplace Sale Kicks off with a Free Map, Special Discounts, and More