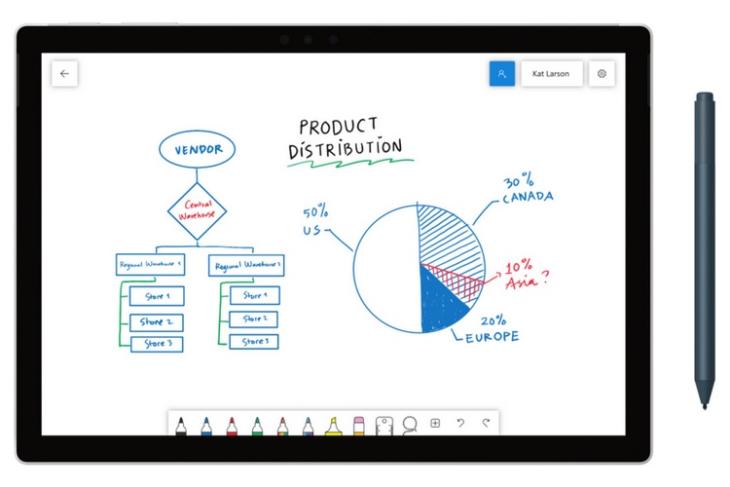 Microsoft debuted Whiteboard, a digital collaboration platform for sharing creative ideas in the form of drawings in May last year, and later released a Preview version in December. The Whiteboard app is now finally out of its preview phase and is now widely available to all Windows 10 users.

In an official blog post, Microsoft has announced that an iOS version of Whiteboard, as well as a web client, will also be released soon as a preview app, however, a definite release timeline has not been revealed as of yet. Whiteboard is now available on the Microsoft Store and is listed as a free app, which can be downloaded by signing in with a Microsoft account, or an Outlook, Hotmail, Live or Xbox profile.

Since the Whiteboard Preview went live, Microsoft has added a host of new features and has made them available in the stable build, such as the ability to add and edit images, text notes, accessibility enhancements and improvements to the app’s object recognition algorithm among others. 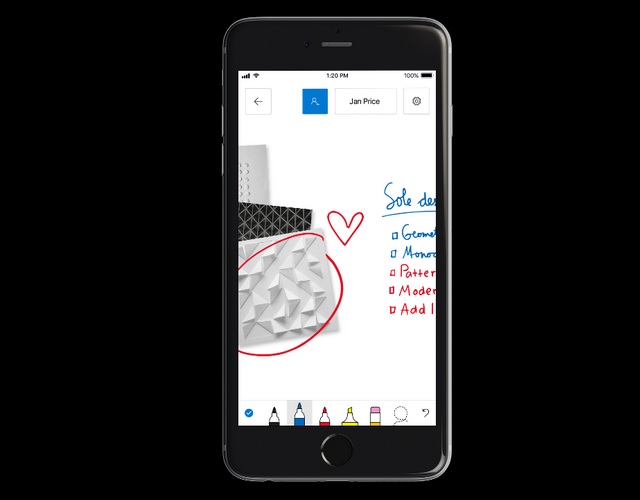 If you are not familiar with what Whiteboard is all about, Microsoft defines it as a collaborative canvas where team members can perform creative tasks such as drawing, adding images, using digital notes to organize ideas and do a lot more via a digital inking feature. The Whiteboard app supports touch input from a wide range of accessories such as a stylus, keyboards and a lot more, and has been created as an ideal collaboration platform for the Surface Hub, Microsoft’s massive digital whiteboard, whose second generation variant was unveiled last month.