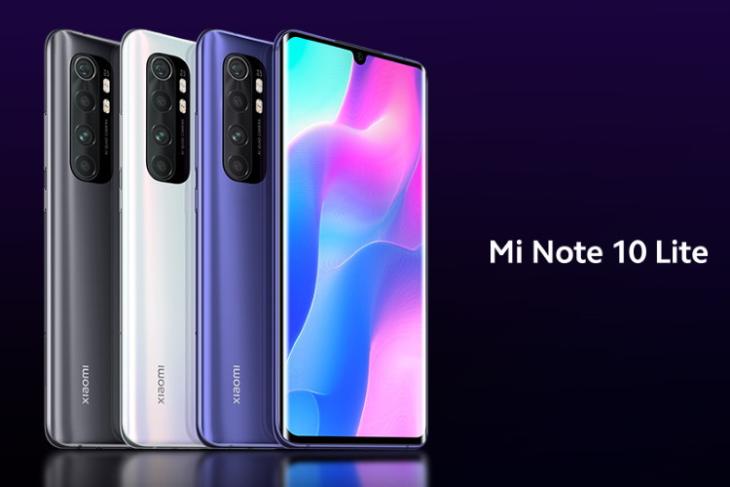 About two months after unveiling the Redmi Note 9 series in India, Xiaomi is now set to upgrade its popular budget offerings globally. The company is launching the Redmi Note 9 series, along with possibly the standard Redmi Note 9, tomorrow. But, Xiaomi has today confirmed that there’s another surprise in tow for us. It’s the long-rumored Mi Note 10 Lite, which will also be unveiled tomorrow (April 30) in Europe.

The Chinese giant took to the global community forums to reveal this surprise. The announcement was accompanied by a teaser poster, which shows off the Mi Note 10 Lite alongside its elder sibling – Mi Note 10 that launched last year. Mi Note 10, for those unaware, was the first phone to feature a 108MP penta-camera array. “Are you ready to Dream Big & Shoot Epic?” says Xiaomi in the forum post.

The front panel of the Mi Note 10 Lite looks pretty much the same as its older sibling. But, the rectangular camera bump seems to be inspired by the Oppo Reno 3 Pro. We also get a first look at all the colorways, i.e white, black, and purple.

Speaking of the specifications, Mi Note 10 Lite is expected to feature a 6.47-inch Full-HD+ AMOLED display with curved edges on both sides. You can also see a waterdrop notch at the top but there’s no word on the selfie camera specs just yet.

Just like its elder sibling, this smartphone will also be powered by the Snapdragon 730G chipset. This means it won’t support 5G connectivity. There’s rumored to be up to 8GB of RAM and 128GB of storage onboard.

Xiaomi is rumored to stick to a penta-camera system on the Mi Note 10 Lite but the render shows off only a quad-camera setup. It won’t feature a 108MP primary sensor. Instead, it would include a 64MP primary sensor, along with an ultra-wide, telephoto, and a macro lens.

You will most likely find a huge battery (5,260mAh – same as the Mi Note 10) inside this smartphone, along with 30W fast-charging. There will also be a 3.5mm audio jack, a USB Type-C port, and an in-display fingerprint sensor onboard.

We will have to wait until tomorrow for an official confirmation on the specs, along with the price and availability details. So, stay tuned for more information.