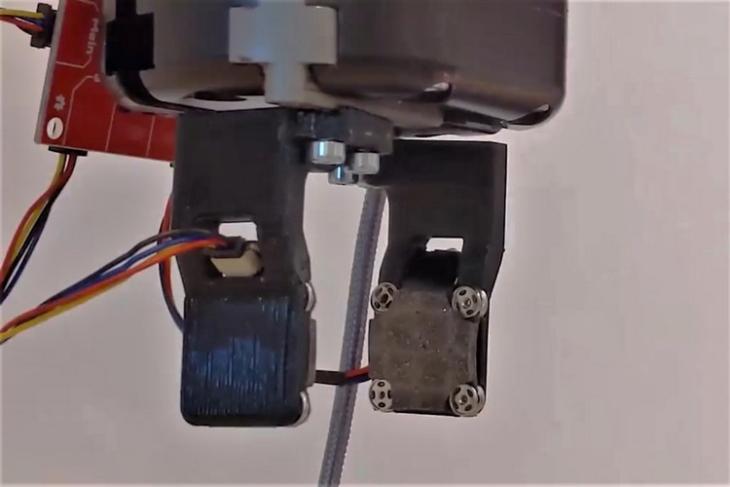 Researchers from almost every sector have been continuously working to improve modern artificial intelligence (AI) technologies. Although current AI algorithms can effectively sense vision and sound, thanks to high-end cameras and sensors, the sense of touch remains a work-in-progress due to the lack of relevant data. So now, Meta, formerly known as Facebook, has developed a new robotic skin that can sense touch and help researchers to quickly improve their AIs’ touch-sensing capabilities at scale.

Dubbed as ReSkin, the new robotic touch-sensing “skin” has been developed by Meta AI researchers in partnership with Carnegie Mellon University. It leverages advanced machine learning and magnetic sensing to offer them an inexpensive, versatile, durable, and replaceable solution for long-term use, as per an official blog post by Meta. The robotic skin features a self-supervised learning algorithm that helps it to auto-calibrate its sensor and share relevant data between sensors and systems.

So, with the ReSkin model, Meta aims to help AI researchers in every sector to give their AI models the ability to sense touch and interact with objects accordingly. As per the company, ReSkin is pretty inexpensive to produce as it costs less than $6 each for a bulk of 100 units. The cost further reduces at larger quantities.

Each ReSkin unit is around 2-3mm thick and researchers can use it for more than 50,000 interactions. So, this design makes it a perfect component for robotic arms, tactile gloves, and other AI-based gripping devices that can collect relevant touch data. Using these devices with an integrated ReSkin, researchers would be able to collect the data that was previously very difficult to collect and integrate into AI models.

With ReSkin, Meta says that its researchers were able to overcome various challenges that prevent current tactile-sensing technologies to gather relevant data. So, Meta’s new touch-sensing skin sidelines the current issues by removing the need for an electrical connection between the soft material and the traditional measurement electronics, relying on multiple sensors rather than on a single one, and by auto-calibrating itself with the help of the self-supervised learning skill.

“Robust tactile sensing is a significant bottleneck in robotics,” Lerrel Pinto, an assistant professor of computer science at NYU, says. “Current sensors are either too expensive, offer a poor resolution, or are simply too unwieldy for custom robots. ReSkin has the potential to overcome several of these issues. Its lightweight and small form factor makes it compatible with arbitrary grippers, and I’m excited to further explore applications of this sensor on our lab’s robots,” he further added.

Meta says it will be releasing the design, relevant documentation, code, and the base models of ReSkin for AI researchers to take advantage of the technology soon. This way, AI researchers in every sector would be able to improve the touch-sensing capabilities of their AI models easily, quickly, and in a cost-effective way.