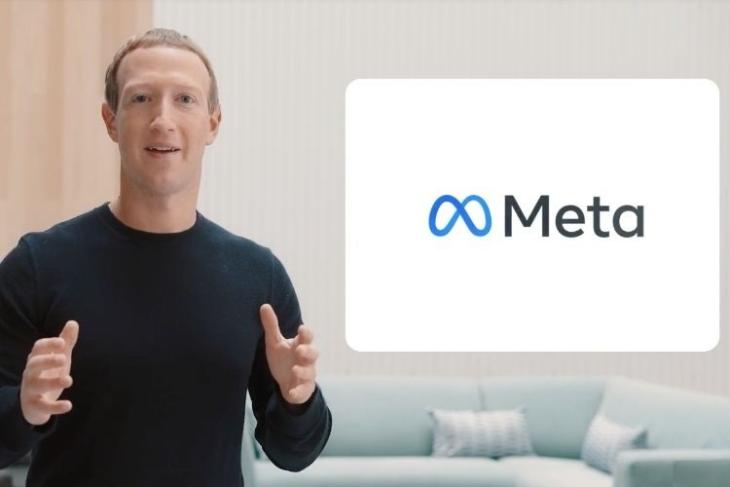 Following previous reports about Facebook changing its brand name, Mark Zuckerberg officially announced that the company is changing its name to Meta during Facebook’s Connect 2021 event. As a result, Facebook will join WhatsApp, Instagram, and Oculus under a unified umbrella of Meta that already has an official website, a Twitter handle, and an identity of its own.

According to Zuckerberg, the move to change the name aims to represent the company as a global brand and not just a social media company moving forward. Although the corporate structure of the company will not change, Zuckerberg says, the way the company reports its financial results will see a major change. It’s just that Facebook wants to collect its plethora of services under a single umbrella, and well, the name of its social media giant (Facebook) no longer suffices the purpose.

“We are a company that builds technology to connect. Together, we can finally put people at the center of our technology. And together, we can unlock a massively bigger creator economy. To reflect who we are and what we hope to build. But over time, I hope we are seen as a metaverse company,” Zuckerberg said during the event.

Meta already has its official website named meta.com and an official Twitter handle with over 13.5 million followers at the time of writing this article. The website was previously known as meta.org and was a part of the Chan Zuckerberg Science Initiative, a philanthropic wing that Zuckerberg and his wife Priscilla Chan founded in 2015. However, meta.org will be shutting down on March 31, 2022, as per a Medium post recently.

Now, coming to the change in its way of reporting financial data, the company will be following a new way starting from the fourth quarter of 2021. As per Zuckerberg, Meta plans to report on two operating segments, namely, Family of Apps and Reality Labs.

“We also intend to start trading under the new stock ticker we have reserved, MVRS, on December 1. Today’s announcement does not affect how we use or share data.” Zuckerberg wrote in an official blog post recently.

Another major change in the company’s sub-brand involves Oculus as it will be phasing out with the emergence of Meta. The CTO of Oculus, Andrew Bosworth, recently announced that the Oculus brand will be known as Meta, starting from early 2022. The Oculus Quest product line will become the Meta Quest line and the Oculus Quest app will also be renamed to Meta Quest app.

So yeah, Facebook is no longer the parent company of Instagram and WhatsApp. Instead, the original social media platform will be a part of Meta, much like Google transitioned from a sole company to be a part of Alphabet back in 2015.