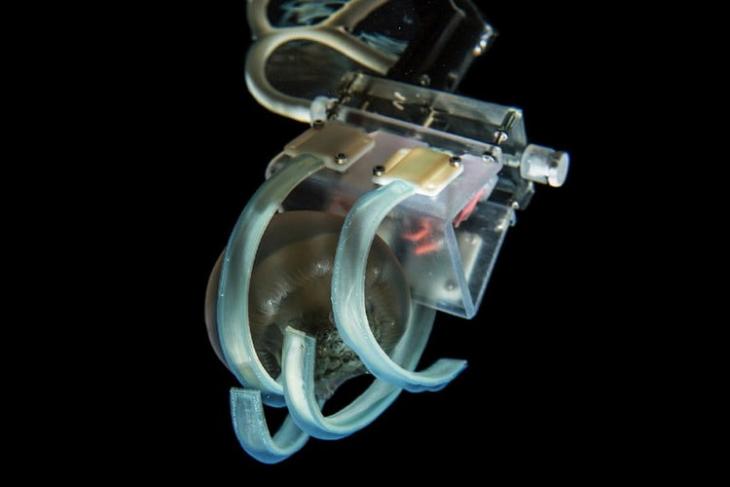 Researchers from Harvard University’s Wyss Institute for Biologically Inspired Engineering, John A. Paulson School of Engineering and Applied Sciences and the Baruch College at the City University of New York have developed a special robot gripper that can hold soft and delicate organisms without harming them.

The robot gripper developed by the researchers is capable of grabbing and holding a jellyfish without causing any harm to the organism. Jellyfishes are one of the most delicate creatures on the planet. These organisms contain 95% of water. So, holding such organisms is not an easy task for any traditional robotic grippers.

However, the collaborative work of scientists from three prominent institutions resulted positively. They were able to develop a robot, with long finger-like grippers, that was able to grab and hold a jellyfish without hurting the delicate sea-dweller.

Michael Tessler, a post-doctorate fellow at the American Museum of Natural History said, “These tools were developed for working in remote areas like the deep sea and for handling a diversity of invertebrates,”.

“Nobody really knows how these animals experience this handling. We used genomic tools to help answer this and found the soft robotic tools indeed cause less disturbance to the animals in terms of the genes they are using.” continued Tessler, the post-doctorate fellow.

According to the professor of Biology at the City University of NY, David Gruber, they plan to integrate this “ultra-gentle robot” with other advanced technologies to perform deep-sea medical check-ups without hurting the delicate organisms that live far under the oceans.