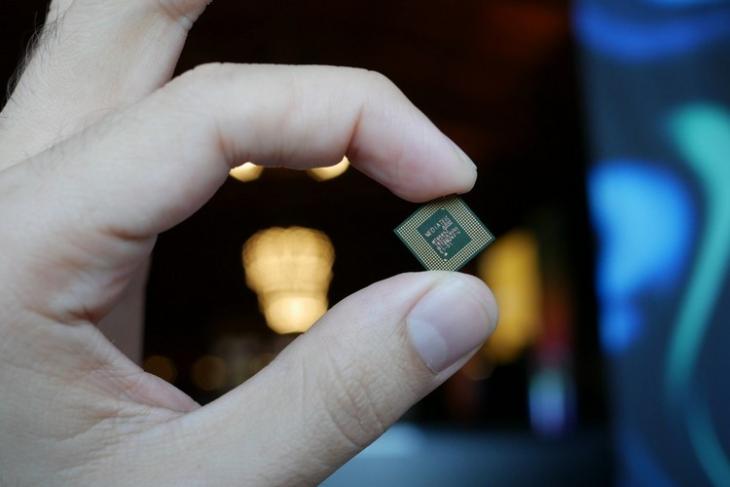 Taiwanese fabless semiconductor company, MediaTek, has announced plans to unveil its first mobile processor with 5G connectivity at an event in Taipei on November 26. Designated as the MT6885Z, the upcoming 5G chipset from MediaTek is expected to be built on the 7nm FinFET process, which should make it fairly energy efficient. It is likely to ship next year with the Helio M70 5G modem, which is expected to offer SA/ NSA dual-mode connectivity.

Alongside the aforementioned processor, MediaTek is also said to be working on another 5G SoC, known as the MT6873. It is said to be a mid-range chipset meant for affordable smartphones, but will also include the same Helio H70 modem, thereby ushering in the era of relatively affordable 5G smartphones in China and around the world. According to reports, this one will also have Cortex-A76 CPU cores and should also be based on the same 7nm FinFET process.

Pictures like this don't get old — this tiny little @MediaTek square will power many devices to come, including the 5G future. More info will come at the announcement on November 26!#MediaTekSummit #thischipchangeseverything pic.twitter.com/LwJ1jO2Xnt

While MediaTek is yet to officially announce the exact tech specs of either of the upcoming chips, recent rumors suggest that the MT6885 should include Cortex-A77 CPU cores and the Mali-G77 GPU. It is also said to offer sub-6 GHz frequency support, a third-generation AI processing engine, camera support of up to 80MP and 4K video recording support at up to 60fps.

The MediaTek MT6885Z is said to be already in production, and will reportedly start shipping to OEMs by the first quarter of next year. Sadly, though, the mid-range MT6873 won’t get into production before Q2, 2020, which means we may not see mid-range 5G smartphones powered by MediaTek processors in the next few months.