Skip to content
Home News Tired of Waiting for the Apple Car? Get This “Apple Car” Instead for $500k 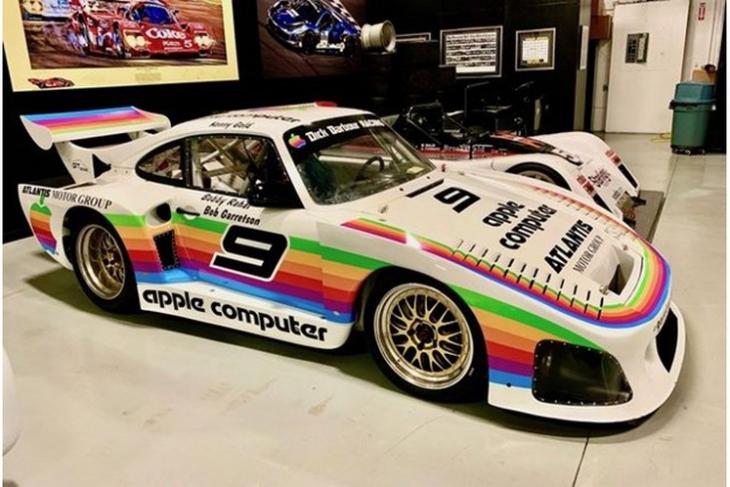 The Apple car, at this point, has become a myth in the tech world. We have been anticipating a car from the iPhone-makers for quite a long time now. The rumours, leaks and patent registrations lead us to believe that Apple is on the brink of unveiling the Apple Car or iCar or whatever they call it, but it never shows up. However, you can now get a different kind of “Apple car”, which is a 1979 Porsche 935, from an auction in Miami.

Now, how can a Porsche 935 from 1979 be an “Apple car”, I hear you ask. Well, it is not a car made by Apple, but it is a car which carries the name and theme of the Cupertino tech giant all over its body.

Back in 1979, Popular actor Paul Newman went to the 24 Hours of Le Mans, which is the world’s oldest active sports car race in endurance racing, and came in at the second place. The car which he drove in that race was a Porsche 935. It belonged to the legendary endurance racer, Dick Barbour. Now, when the car came back in the race the following year, it was sponsored by Apple.

It was the first time that Apple had sponsored a race car. To showcase that, the Porsche 935 had an Apple-themed paint all over its body. This included the iconic rainbow colours all over the body and spoiler, which was Apple’s logo at that time and the words “Apple Computers” written on the bonnet and sides of the car. It even has the phrase “Don’t upset the Apple car” at the back for some reason. After this one, Apple never sponsored a race car again. 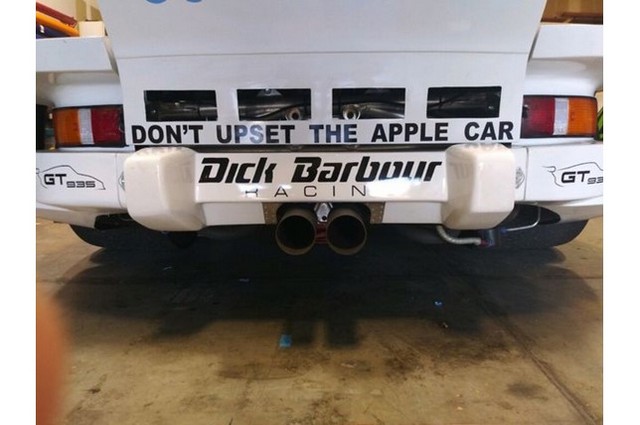 You can check out the specs of the car over at duPont Registry.