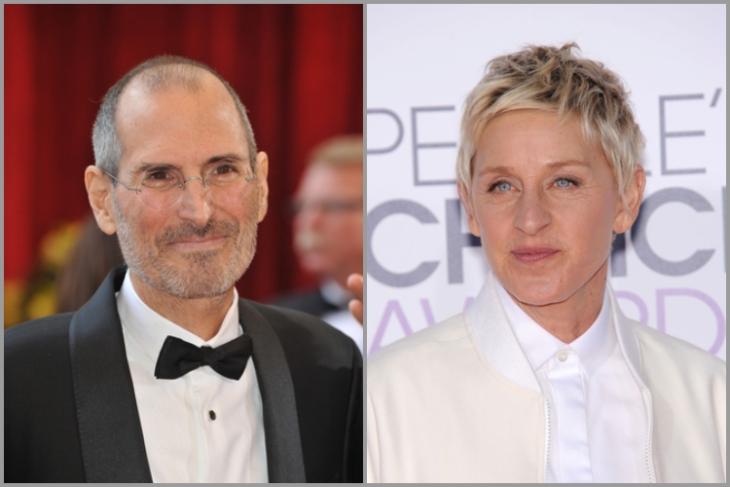 Since the last few weeks, the popular stand-up comedian and TV show host, Ellen DeGeneres has been receiving a lot of bashing from the audience. Some very nasty facts about the celebrity have surfaced recently that suggest that the star is “not that kind” when it comes to treating her crew and staff members, whereas, the whole motto of her show is to be kind to one another. According to one statement, the comic artist called the former Apple CEO, Steve Jobs to complain about the iPhone.

New York Post recently interviewed several former executives of the “Ellen Show” and many of her personal ex-staff members. In one such interview with a former associate producer, this story came to the surface.

According to the anonymous producer, Ellen “lives in an incredibly privileged bubble and is out of touch with the real world,”. So much so that one time, several years ago when the producer was at her office, she couldn’t find her spectacles to read a text on her iPhone and so she gave a call to Steve Jobs to complain about the font size of iPhones.

“She stopped everything and made a call. Next thing we know, we literally hear Steve Jobs pick up and say, ‘Hi, Ellen’ … Ellen told him the iPhone should have a bigger font,“, he stated.

Now, we do not have any idea which year this was or which iPhone model Ellen was using. However, we know that Apple introduced the “Dynamic Type” feature, that allowed users to change the default font size of iOS, with iOS 7 back in 2013.

Whatever the case may be, directly calling the CEO of the company is surely not a privilege that general consumers enjoy. However, it is not surprising Ellen calling a personality like Steve Jobs directly as the comic has connections with high-profile families like the Obamas, Kardashians and Trumps.