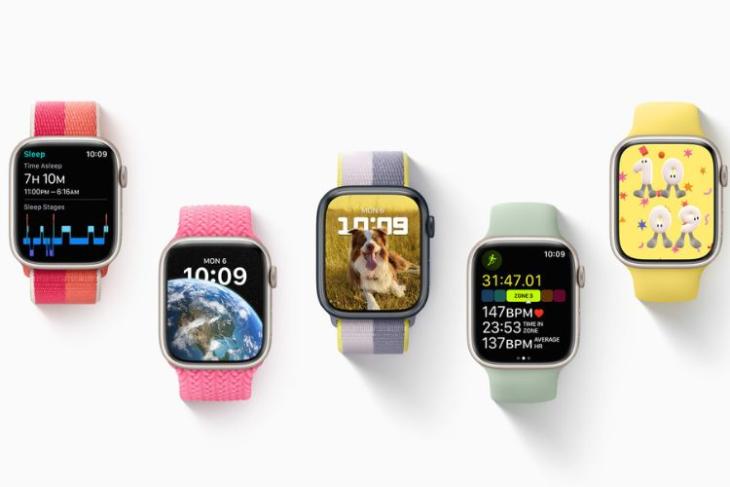 As expected, Apple has brought in the watchOS 9 update for Apple Watch users. This update brings in a few new features and most importantly, tries to enhance the existing ones. The list includes new watch faces, Workout app improvements, a new Medication app, and more. Have a look at the details.

watchOS 9 gets new watch faces like Lunar, Playtime, Metropolitan, and Astronomy. There’s also the addition of new enhanced complications on watch faces such as Utility, Simple, and Activity Analog, along with background color editing for Modular, Modular Compact, and X-Large for additional personalization. The Portrait Faces now support the depth effect on more photos and a Focus will now appear on a selected watch face when it is started on an iPhone.

The Workout app has now the ability to use the Digital Crown for the in-session display to easily see the Workout Views and now includes Heart Rate Zones, which can be manually created to track the intensity of a workout. Users will now be able to create Custom Workouts and can a new Multisport workout type, specially meant for triathletes that can easily switch between different combinations of workouts.

Apple Watches can now support more running form metrics like Stride Length, Ground Contact Time, and Vertical Oscillation. Plus, they can match their results on a single route to see their progress. Swimming enhancements include a new Kickboard detection to see when a user is swimming with a kickboard and the ability to track user efficiency with a SWOLF score.

Apple Fitness+ gets more workouts like Intensity for HIIT, Cycling, Rowing, Treadmill, and more. Fitness+ users can also stream the workout sessions with compatible third-party TVs and devices using AirPlay. This dismisses the need for Apple TV. Sleep tracking has been enhanced with Sleep Stages to see the levels of sleep. This can be tracked in the Sleep app and more details can be accessed via the Health app.

watchOS 9 also supports the FDA-cleared AFib History feature for AFib (atrial fibrillation) to access important information regarding it. Users can also weekly notifications to understand the frequency and view a detailed history in the Health app. The new Medications feature allows users to track their medicines in the Medication app on an Apple Watch. It also can be tracked via the Health app and also supports custom notifications.

Other new features include redesigned notifications, new Quick Actions, a QWERTY keyboard (for Apple Watch 7 and above), Apple Watch Mirroring with iPhone’s assistive features, improvements for the Reminder app, new APIs, and more.

watchOS 9 is out as a developer preview and will show up as a public beta in July. It will be released for the general users this fall. It is compatible with Apple Watch Series 4 or later paired with iPhone 8 or later and iPhone SE (second generation) or later, running iOS 16.

How to Use the New Compass App on Apple Watch