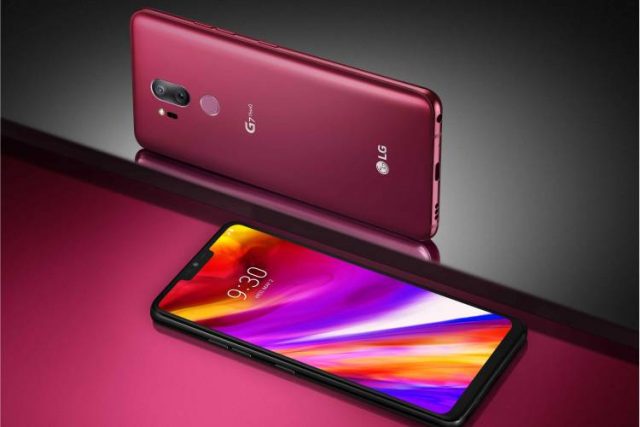 After a flood of teasers and leaks, LG has finally launched the G7 ThinQ flagship which brings advanced AI features, a brilliant display and superior audio experience, alongside a dedicated hardware button to summon the Google Assistant.

The LG G7 ThinQ flaunts a notch on top of a super bright display that can hit a peak brightness level of 1000 nits (that would be under certain conditions and for specific content) and is also HDR10 compliant. 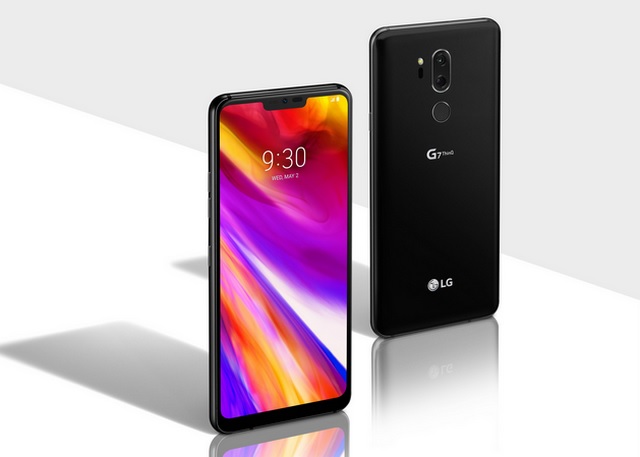 The G7 ThinQ is a glass sandwich with a metallic rim between the panels which have Gorilla Glass 5 protection. The phone has IP68 rating for dust and water resistance, and LG it meets the MIL-STD 810G durability standard.

The G7 ThinQ is equipped with a 6.1-inch QHD+ LCD (3120 x 1440) FullVision display with 19.5:9 aspect ratio, which comes with the proprietary LG’s Super Bright Display technology. Like other competitors who seemed to have hesitantly embraced the notch, LG allows users to hide it with a software trick.

The LG G7 ThinQ is powered by the Qualcomm Snapdragon 845 processor, paired with 4GB of LPDDR4x RAM and 64GB of UFS 2.1 storage, which can also be expanded up to 2TB via a microSD card.

LG has also launched a higher-end version of the device called the G7+ ThinQ, which comes with 6GB of RAM and 128 GB of internal storage.

The ThinQ in the name means LG has integrated an AI CAM feature, which presents 19 shooting modes and employs algorithms to automatically adjust camera settings for different scenes. The G7 ThinQ also comes with a feature called Live Photo mode which saves one second of video before and after clicking a picture to capture live images. Portrait mode, OIS, laser autofocus and facial recognition for generating 3D camera effects are also on board to match other flagships.

The G7 ThinQ is the first LG smartphone to come with the Boombox Speaker stereo technology, and also comes equipped with a 32-bit Hi-Fi Quad DAC chip from ESS to deliver unmatched audio quality.

The LG flagship features a 3,000mAh battery and has support for Qualcomm Quick Charge 3.0 charging technology, while Android 8.0 Oreo handles things on the software side. Details about pricing and availability have not been revealed yet.