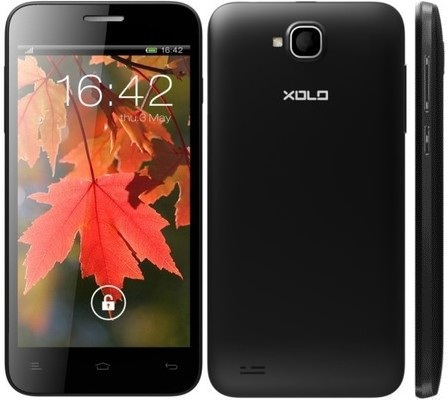 Recently the competition has heated in the budget series android phones where Micromax astonished everyone by selling over 9000 handsets of the new Quad Core budget handset Canvas HD a116 within 24 hours. Since the market of budget android phones is too important for companies, and titans like Samsung and Sony already getting tough competition from local brands.

And now Lava, looking at the opportunity has jumped into the competition by launching its first quad core budget android phone for customers who want much at less premium price.

The new Lava Xolo Q800 is a quad core 4.5 inch android phone which is believed to have a direct competition with the Micormax Canvas A116 HD which is a hit in the Indian market and getting short on stocks.

Noticeable thing is that the Micromax Canvas HD has a 1280 X 720 HD  5 inch screen, whereas Xolo Q800 has 540 X 960 qHD 4.5 inch display which looks sharper than that of Micromax due to the screen size. Although Micromax 8 MP shoots full HD videos but Xolo Q800 has better low light photography because of the BSI and CMOS  sensor.

Lets have a look what Xolo Q800 has to offer.