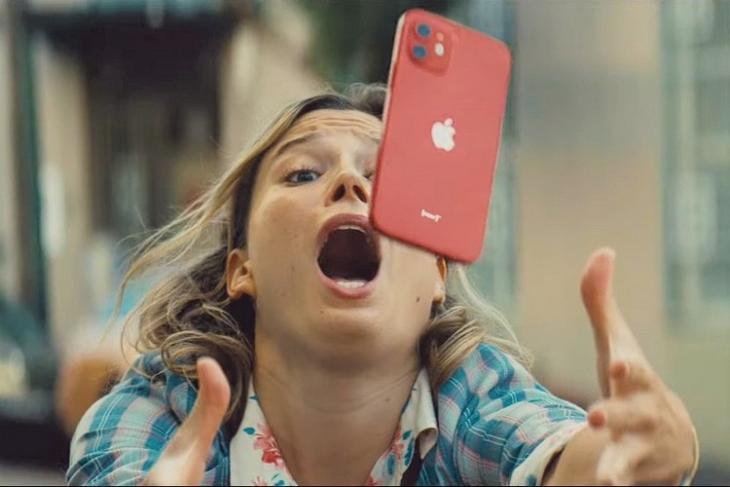 Apple, as one might know, gets pretty creative when it comes to promoting its new products. While Intel and Microsoft are busy mocking Apple’s M1 platform with their recent ad campaigns, Apple has been releasing short ads on YouTube to promote the durability of its iPhone 12 devices. And, one of its latest ads has gone viral not because of the picturization but for the Indian tabla background score.

The latest iPhone 12 ad is titled “Fumble” and showcases the new Ceramic Shield that protects the new devices. It features a girl who drops her iPhone 12 during an on-the-go call. While the girl, after dropping the device, desperately tries to catch it before it hits the ground, a fast-paced tabla-based beat starts to play in the background. And that is the reason for the video going viral on social platforms and on YouTube.

Now, Apple uses some pretty cool songs and background scores in their advertisements. Remember the HomePod ad (one of my favorites) with the amazing visuals and Anderson Paak’s “Till it’s Over”? Well, this time the company took the Indianized tabla-based beat from a song named “The Conference,” composed by Nitin Sawhney.

Sawhney, if you do not know, is a British-Indian music composer who is known for his multicultural compositions based on politics and spirituality. He released the song “The Conference” as part of his “Beyond Skin” album back in 1999.

Now, with the use of this song that was released over 2 decades ago, Apple is able to build up the tension around fumbling and dropping the iPhone 12. It has also become the reason for  Apple’s latest ad garnering over 1 million views on YouTube, as of writing this article. The video was also on YouTube’s Trending list in India, something that rarely happens for smartphone ads.

You can check out the 38-second ad right below.