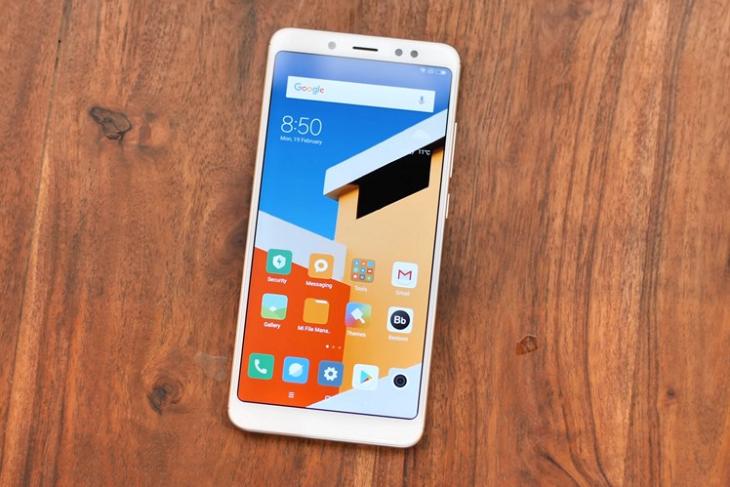 Just like they had done with the Redmi 5A late last year, Reliance Jio and Xiaomi have teamed up to offer a bunch of lucrative offers on the just-released Redmi Note 5 and Redmi Note 5 Pro, making the two devices even more hard-to-resist than they already are. As part of the Jio #GiveMe5 Offer, the two companies are offering an instant cashback of Rs. 2,200 in the form of 44 recharge vouchers worth Rs. 50 apiece.

Life is beautiful when you get more than what you ask for. Jio and @RedmiIndia together bring to you the Jio #GiveMe5 Offer. Visit- https://t.co/nyTKIMjajj to know more. #WithLoveFromJio pic.twitter.com/ew324XyrsE

The offer is applicable only to Jio Prime customers who recharge with prepaid plans of Rs. 198 or Rs. 299. As usual, the vouchers can only be redeemed when recharging via the MyJio app. The two companies are also offering a ‘Double Data’ promo that will entitle Jio customers recharging with Rs. 198 or more for double data benefits on each recharge.

The offer, however, will only be applicable for a maximum of three recharges. According to Jio, users recharging thrice with the Rs. 9,999 pack can potentially get up to 4.5TB of high-speed data instead of 2.25GB. The pack normally comes with 750GB of high-speed data, and is valid for 360 days.

As a refresher, Xiaomi had launched the Redmi Note 5 and Redmi Note 5 Pro in India last week to a largely positive response from both the press and the public. The devices offer a new-age bezel-free design and pack powerful hardware under the hood, making them serious contenders in the category.