Skip to content
Home News iQOO 9 Series with up to Snapdragon 8 Gen 1 Chipset Launched in India; Price Starting at Rs 33,990 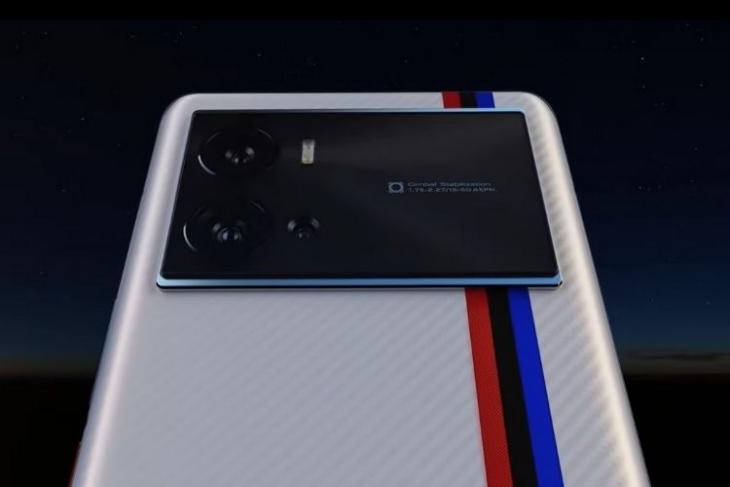 As revealed previously, the iQOO 9 series has been launched in India today. It includes the iQOO 9 and the 9 Pro, which is the company’s flagship lineup and succeeds last year’s iQOO 7 series. The iQOO 9 smartphones, which were announced recently in China, come with the high-end Snapdragon 8 Gen 1 mobile platform, 120W fast charging support, and more. The company has also launched iQOO 9 SE, which is a toned-down version of the flagship phones.

Let’s start with the iQOO 9 Pro. Much like the iQOO 7 Legend, the smartphone has a BMW M Motorsport-inspired design with blue and red strips running along the white rear panel made up of Aramid Fiber material. It looks similar to its predecessor, although, the rear camera hump is different this time; it’s big and is placed horizontally. The front has a center-placed punch-hole screen.

The display spans 6.78-inch and is a curved Quad HD+ E5 AMOLED panel. It supports an adaptive 120Hz refresh rate, a 1000Hz instant touch sampling rate, and a peak brightness of 1,500 nits. As mentioned earlier, it carries Qualcomm’s flagship Snapdragon 8 Gen 1 chipset paired with up to 12GB of LPDDR5 RAM and up to 256GB of UFS 3.1 storage.

The camera department is another area the company focuses on. The smartphone houses three cameras at the back, including a 50MP Samsung ISOCELL GN5 primary camera, a 50MP ultra-wide camera with a field of view of 150 degrees, and a 16MP telephoto lens. The main camera supports Gimbal Stabilization, and there are more camera features to look at such as the Fisheye mode, Portrait mode, and more. There is a 16MP front camera on board as well.

The iQOO 9 is similar to the Pro model in terms of the hardware with a few changes, even in the design segment. It has an iQOO 7-like design with a vertical rectangular camera hump (only wider) and a punch-hole display. The display specs are the same as the 9 Pro, but it is flat for the vanilla model and measures 6.53-inches. It also has an Intelligent Display chip. Plus, it is powered by a Snapdragon 888+ chipset, unlike the China variant.

Another distinction is the camera department. While the main camera is the same as its elder sibling, the other cameras are different. It has a 13MP ultra-wide camera and a 12MP third camera. It is backed by a smaller 4,350mAh battery. The fast charging and RAM + Storage are the same as the Pro variant. The iQOO 9 comes in Alpha and Legend design options.

The company has also launched the iQOO 9 SE, which is a toned-down variant of the iQOO 9 and the 9 Pro. It comes with a 6.62-inch Full HD+ AMOLED display with a 120Hz refresh rate and is powered by a Snapdragon 888 mobile platform. It comes with 8GB of RAM and 128GB of storage with support for Extended RAM 2.0 (up to 4GB of extra RAM).

The phone has three rear cameras, including a 48MP main camera, a 13MP ultra-wide camera, and a third mono camera. It is backed by a 4,500mAh battery with 66W FlashCharge fast charging and runs FunTouch OS based on Android 12. Additionally, it comes with 4D Game Vibration with Linear Motor, Vapor Chamber Liquid cooling system, dual stereo speakers, and more. It comes in Sunset Sierra and Space Fusion colors.

Furthermore, the company has unveiled the iQOO GamePad and a wireless charger alongside its flagship smartphones. You can check our iQOO 9 hands-on video on YouTube right here:

Now, let’s look at the price of each of the RAM + storage configurations for iQOO 9, iQOO 9 Pro, and the iQOO 9 SE:

Pre-orders for the iQOO 9 and the 9 Pro begin today, while the iQOO 9 SE pre-order starts from March 2. Interested buyers can get a discount of up to Rs 6,000 on the use of ICICI Bank cards, up to Rs 3,000 of exchange, and a no-cost EMI option.