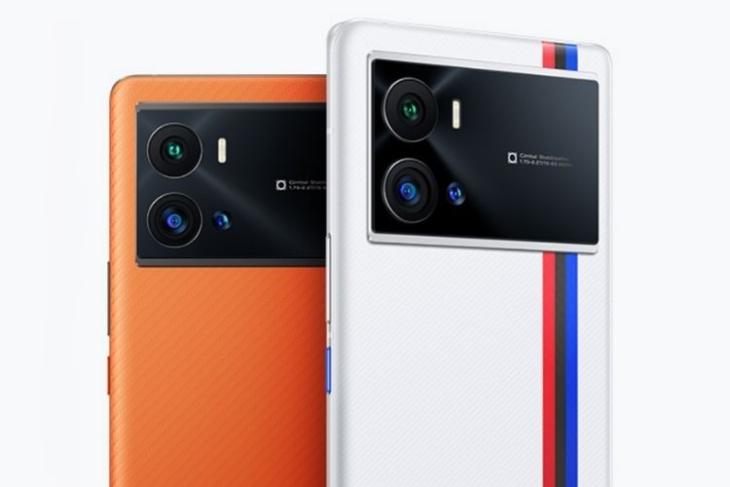 The iQOO 9 lineup, which was recently launched in China as one of the first Snapdragon 8 Gen 1 phones, will be a successor to the iQOO 7 series that was launched last year.

The series consists of the iQOO 9, the iQOO 9 Pro, and the iQOO 9E. However, there’s no word on whether the iQOO 9E will make its way to India. That said, a BMW special edition will be introduced for sure. These devices come with a big rear camera hump, as opposed to the iQOO 7’s vertical camera setup, along with a punch-hole screen.

Coming to the specs, both the iQOO 9 and iQOO 9 Pro are high-end, gaming-centric phones and come with features such as Dual X-Axis Linear Motor and Advanced Liquid Cooling System, a 120Hz display, 120W fast charging, and more.

The iQOO 9 packs a 6.78-inch Full-HD+ flat E5 AMOLED display, while the Pro model features a curved Quad-HD+ E5 AMOLED display. Both phones support a 120Hz refresh rate, and as mentioned earlier, are powered by the Snapdragon 8 Gen 1 chipset. They come equipped with up to 12GB of RAM and up to 512GB of storage.

Turning to the rear, the iQOO 9 has three rear cameras, including a 50MP primary camera with gimbal stabilization, a 13MP ultra-wide camera, and a 13MP third snapper. There is a 16MP front camera onboard as well. The iQOO 9 Pro brings a slightly upgraded camera configuration with a 50MP primary camera, a 50MP ultra-wide camera with a field of view of 150 degrees, and a 16MP telephoto lens. It also has a 16MP selfie shooter.

Both phones are backed by a 4,700mAh battery with support for 120W fast charging, although, the Pro model has added support for 50W wireless charging. They both run Android 12 out-of-the-box.

More details such as the price and availability are yet to be confirmed. So, it makes sense to wait until the February 23 event to know the complete details about the iQOO 9 series in India.

iQOO 9 Series with up to Snapdragon 8 Gen 1 Chipset Launched in India; Price Starting at Rs 33,990