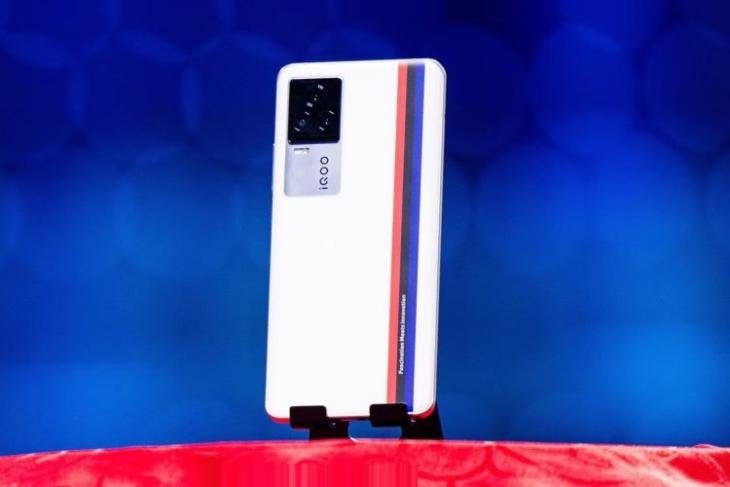 Merely a day after the unveiling of the Vivo X60 series, the company’s gaming-centric iQOO brand has confirmed the launch date for its next flagship smartphone. The iQOO 7 will be launched at 7:30 PM CST (5:00 PM IST) on 11th January.

In an official Weibo post, the Chinese giant announced the launch date for iQOO 7. It has also started teasing some of the key specifications of the upcoming device. As seen in the poster below, iQOO 7 will arrive with the latest 5nm Snapdragon 888 5G chipset in tow. It will also feature LPDDR5 RAM (unlike the slightly slower LPDDR4X RAM aboard the Vivo X60 series) and UFS 3.1 storage. 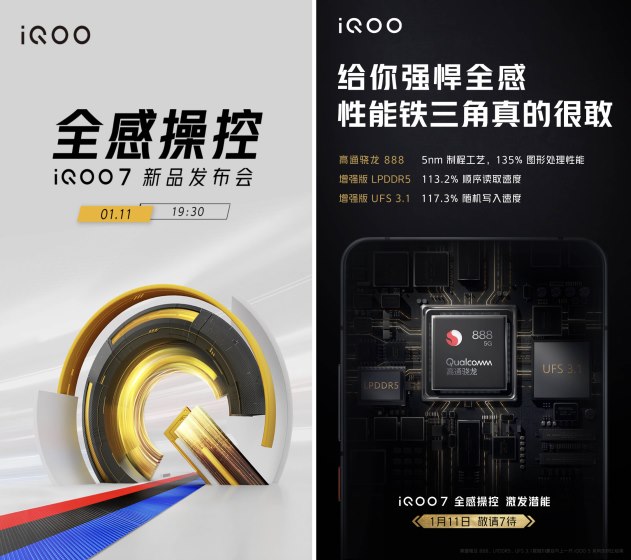 The company has already given us a glimpse at the design of the iQOO 7 BMW Edition, complete with a white back panel, huge camera bump, and the automaker’s signature red and blue stripes. iQOO not only shared an official poster but the device was also spotted in the hands of e-sport players at the King Pro League (KPL) finals last week.

Moving past the design, which only gives us a look at the rear panel, iQOO 7 will most likely feature the same display like the Vivo X60 series. This means you will have a tall 6.56-inch Full-HD+ AMOLED curved display on the front. It will also boast a 120Hz refresh rate and a 240Hz touch sampling rate.

We already know what chipset iQOO 7 will have under the hood. It will be the world’s second smartphone to feature the Snapdragon 888, after Xiaomi’s flagship Mi 11. iQOO 7 will run Android 11-based iQOO UI, which will itself be based on Vivo’s new OriginOS skin.

As for the cameras, you will find a 32MP punch-hole selfie camera on the front. Also, the leaks suggest that the rear camera system will include a 48MP primary sensor with OIS support. We do not have any information on the other two camera sensors.

Plus, the leaks reveal that iQOO 7 will come equipped with a 4,000mAh battery with 120W fast-charging out-of-the-box. If this turns out to be true, then you will be able to juice up your phone in just 20 minutes.