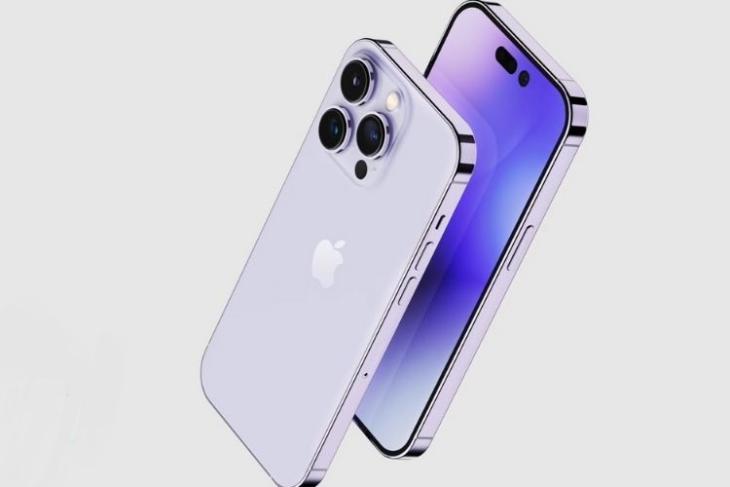 Every now and then, we tend to see details regarding the iPhone 14 pop up for us to get an idea of it. Details on its camera and display were leaked recently and now we have some details on its production, which might not be good news. But, we also have some new renders that have been leaked to give us more insight into the iPhone 14 design. Let’s take a look at all these new details.

iPhone 14 Will Reportedly Be Delayed

A recent Nikkei report suggests that one of the iPhone 14 models is behind its production schedule due to the COVID lockdown situation in China.

It is said that an iPhone has to go through a few stages before it is launched. This involves the new product introduction (NPI) to shape up the manufacturing process and the engineering verification test (EVT) for suppliers to design the mechanical parts and manufacturing flow for the new iPhones, followed by another round of verification before the mass production. While three iPhone 14 models are in the EVT stage, there’s one model that isn’t and as a result, the launch could be delayed. There’s no word on the name of the model in question.

Usually, the iPhones complete the EVT stage by June end to get to the mass production on the part by August or September. Apple has reportedly urged suppliers to speed up the process to meet the usual schedule.

A person familiar with the matter said, “If the development process can be sped up and proceed to the next level around the end of June or beginning of July, then it should still be possible to meet the mass production deadline of early September. But it really depends on whether the process can accelerate soon.“

While the alleged delay is not likely to affect the launch timeline, the whole process still needs to be monitored to have a better idea of this. Details on this share eventually reach us once there’s proper information available.

Meanwhile, the iPhone 14 Pro’s design has again been leaked via new renders and this reiterates what we have been hearing since last year. Jon Prosser has leaked the renders created by concept graphics designer Ian Zelbo.

It is shown that the iPhone 14 will feature a “pill+punch-hole” display to replace the notch that got introduced with the iPhone X, which will call for a significant change. The display is also expected to be bigger. However, other than this, there won’t be any change. The rear camera hump will remain the same as the current iPhone 13 models and the flat-edge design will be retained.

However, the camera hump might be bigger, possibly due to the rumored 48MP camera. The iPhone 14 Pro, seen in an attractive purple shade and more colorways are expected too. You can check out Prosser’s YouTube video to get a better idea.

The upcoming iPhone is also expected to come with a 120Hz ProMotion display with the Always-on-Display capability, which could be for the Pro models. The iPhone 14 lineup, which is expected to include the iPhone 14, the 14 Max, the 14 Pro, and the 14 Pro Max, is also likely to get selfie camera upgrades with the inclusion of auto-focus, come with a bigger battery and RAM, and loads more. While the non-Pro models could be powered by last year’s A15 Bionic chipset, the Pro ones could get the latest A16 chipset.

These are just rumors and it’s best advised to take them with a grain of salt and wait for more details to surface. We will be sure to update you. Hence, stay tuned.