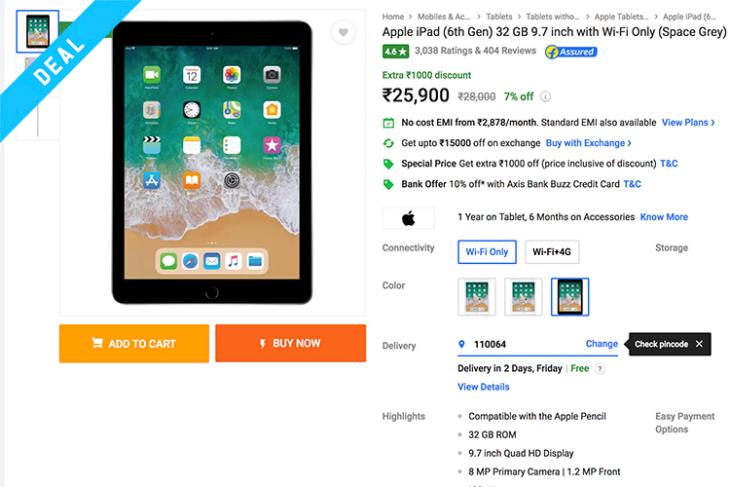 With the rise of bigger smartphones, the popularity of tablets may have dropped, but they can still perform certain tasks better than phones, especially for productive work or consumption of media. In fact some apps are best used on a tablet, such as those for reading or editing large documents.

Now Flipkart is hosting a day-long sale called ‘Terrific Tablets Day’ with some great discounts and deals on tablets. Here’s a look at the four best deals that might just convert you into a tablet buyer:

The latest iPad, launched earlier this year in March, is an attractive deal for anyone who writes or sketches on the go, and is already embedded into the iOS ecosystem. It comes with a 9.7-inch Quad HD display which is super crisp and renders text and images with great clarity and quality. 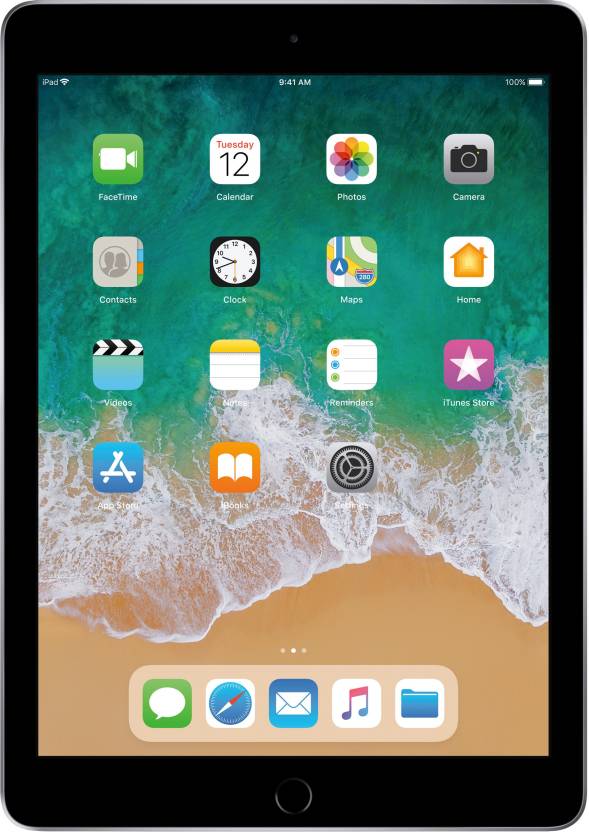 The 6th-Gen iPad supports the Apple Pencil and is powered by a 64-bit A10X Fusion Chip. Additionally, it comes with an 8MP camera on the back and a 1.2MP sensor on the front and runs iOS 11 out-of-the-box. It also features Apple’s proprietary Touch ID fingerprint authentication system.

With features like 4G LTE connectivity, a huge battery, and detachable keyboard, the Alcatel Pop 4 is for those who prefer taking their office with them. It is powered by an octa-core Snapdragon 430 chipset along with 2GB of RAM. It has a 10.1-inch Full HD screen, so that you do not have to suffer due to poor readability. Onboard, there’s 16GB of storage which can be expanded using a micro SD card. 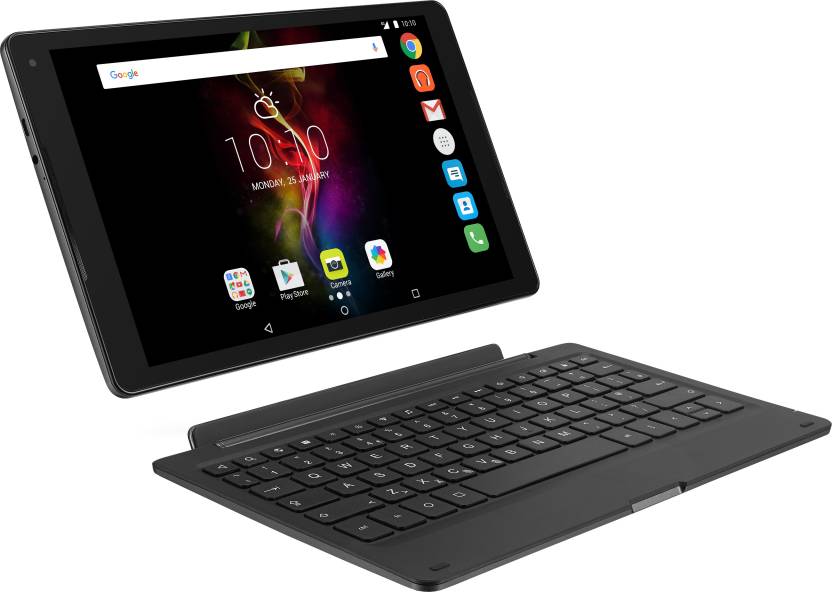 Alcatel Pop 4 packs in a massive 5830 mAh battery and even supports voice calling. The tablet also gets an 8MP camera on the back which is complemented by a 5MP sensor on the front. One drawback, however, is that you get an outdated version of Android i.e. Marshmallow but it still manages to offer basic productivity features including the split screen.

The newly launched Samsung Galaxy Tab A with Dolby Atmos audio and Bixby Vision is an all-rounder covering nearly all the corners expected from a budget tablet. It is powered by a Snapdragon 450 chipset and features a 10.5-inch Full HD display. It offers 8MP and 5MP cameras on the back and the front, respectively. 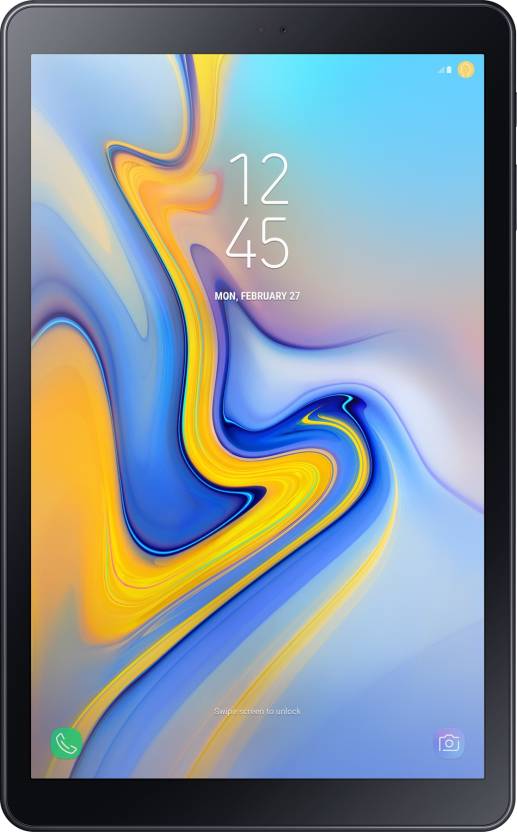 Firing up this device is the colossal 7,300mAh battery which can easily serve for over a day. It comes with Android Oreo 8.1 out-of-the-box which is a delight to see. The 32GB internal storage can be expanded up to 400GB using a microSD card, making it a useful multimedia device. Lastly, you also get the benefit of 4G connectivity besides Wi-Fi for unhindered connectivity.

We’ll cover the performance on this tab in our upcoming review, so stay tuned.

The Honor MediaPad features an 8-inch HD display and comes 4G connectivity. It is powered by a Snapdragon 425 along with 2GB of RAM. In terms of storage, the tablet comes with 16GB of onboard storage which can be expanded up to 128GB. 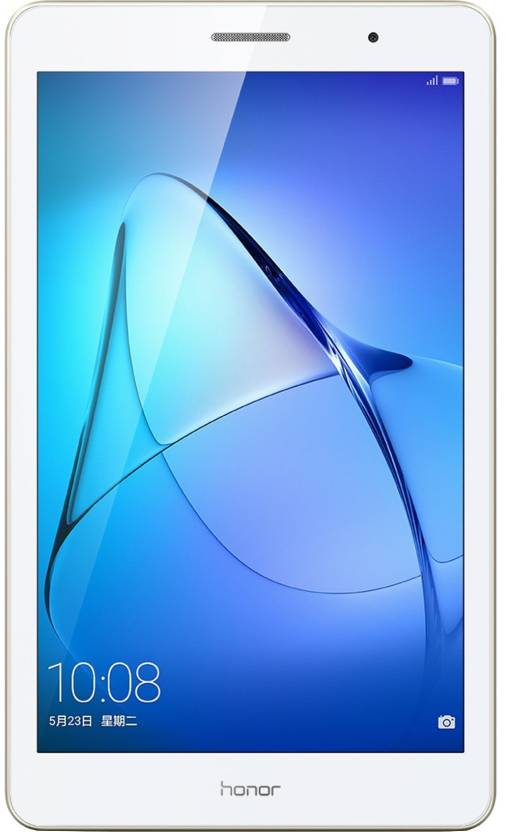 The MediaPad T3 also features a 5MP camera on the back while there’s a 2MP one on the front. There’s a 4,800mAh battery, and the tablet runs on Android Nougat. Lastly, it comes pre-installed with MS Office apps, but there’s no clear information on whether it gets a free Microsoft 360 subscription too, or not.

Besides these attractive deals, Flipkart is also offering massive exchange offers while on top of the usual discount, Axis Bank Buzz credit card holders can avail an additional discount of Rs 400.