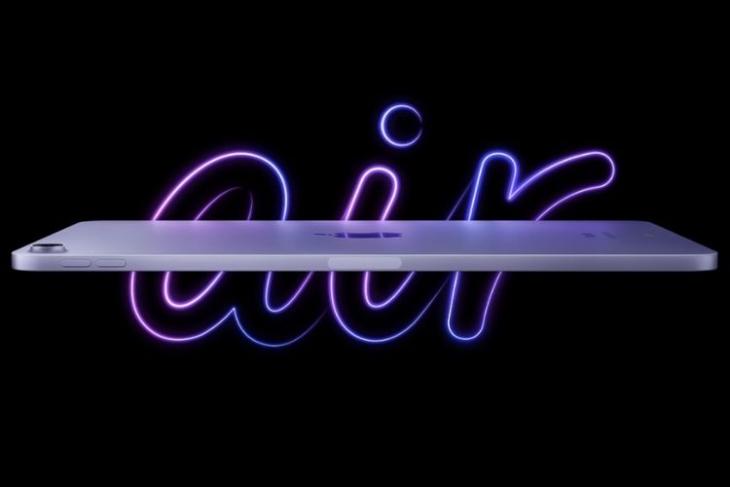 At the much-awaited “Peak Performance” Spring event, Apple has unveiled the brand-new iPad Air 5 alongside iPhone SE 3 and Mac Studio. While the iPad Air 2022 may have a striking similarity with the iPad Air 2020, there are several notable changes inside. From the improved cameras to the more efficient processor, the latest iPad Air model has got the specs to warrant attention. And that’s exactly what has compelled me to put iPad Air 2022 vs iPad Air 2020 for a direct faceoff to find out what separates the two models and whether or not the upgrade is worth it. So, whether you are planning to upgrade to iPad Air 5 or are willing to discover how well it stacks up against the Air 4, this in-depth showdown is for you!

First off, let’s take a close look at the specs to spot the major differences between iPad Air 5 and 4 before diving into the details.

In terms of design, the iPad Air 5 looks pretty similar to iPad Air 4. Given the fact that iPad Air 2020 was a huge upgrade from a design perspective, we didn’t expect Apple to make radical design changes either.

Sporting durable aluminum back, sturdy aluminum frame, and scratch-resistant glass at the front, complete with a 10.9-inch LED-backlit multi-touch display with IPS technology, both the iPad models look identical. Moreover, they also have the same 2360-by-1640-pixel resolution at 264 pixels per inch (ppi) and 500 nits brightness. Add to that the rounded corners, anti-reflective coating, true tone display support, as well as the ability to work with Apple Pencil 2nd generation, and two models look in complete sync with each other on the display front.

The top button continues to double up as a Touch ID button. The volume rockers, USB-C connector, magnetic connector, nano-SIM tray, speakers, microphones, and the camera bump are all in their familiar places.

You can get both the models in five different finishes. While the Air 5 is available in space gray, starlight, pink, purple, and blue, the Air 4 comes in silver, space gray, rose gold, green, and sky blue.

While everyone had expected the iPad Air 5 to come with a more powerful processor (i.e A15 processor), not many had predicted that the M1 could be part of the upcoming iPad Air. When compared with the A14 processor which powers iPad Air 4, M1 delivers up to 60% faster performance thanks to the 8-core CPU.

Equipped with 8-core GPU, M1 provides up to 2x faster graphics. Moreover, the 16-core Neural Engine also paves the way forward for more efficient machine learning. Whether it’s multitasking between demanding apps or playing graphics-intensive games, M1 crashes the A14 chip due mainly to the raw horsepower. So, if muscular performance is what you have set your sight at, iPad Air 5 should more than just live up to your expectation.

Though both iPad Air 5 and 4 come with a 12MP rear camera, the Air 5 features a much-improved 12MP ultra-wide front camera that enables Center Stage.

For those uninitiated, Center Stage takes advantage of machine learning to automatically adjust the front-facing ultra-wide camera when you use supported video apps such as FaceTime. As you move around, it ensures you or anyone else remains in the frame, thereby enhancing the video calling experience. Apple showcased Center Stage as one of the highlights of the 2021 iPad Pros.

Comparatively, iPad Air 4 has a 7MP selfie camera which is decent for capturing selfies or video calls. However, if you want sharper selfies and enhanced video quality, Air 5 with the upgraded FaceTime camera should be your preferred choice.

Even though Apple hasn’t divulged any details regarding the battery capacity of iPad Air 5, it is expected to match iPad Air 4 which packs in 7,606mAh battery.

Apple claims that iPad Air 5 provides up to 10 hours of battery life same as the iPad Air 4. That means, despite featuring a more energy-efficient M1 chip, Air 5 fails to deliver more battery life than the predecessor. It would be interesting to pit these two models on the battery life test.

As expected, iPad Air 5 supports 5G. Even though 5G is yet to be available everywhere, it’s always better to be future-ready rather than lag behind. From this perspective, iPad Air 5 has got you covered unlike Air 4 which supports 4G LTE.

However, both these iPad Air models support Wi-Fi 6 (the latest iteration of Wi-Fi). Hence, you will get faster speeds and much less bandwidth congestion.

iPad Air 2022, like its predecessor, features a USB-C port. If you are a power user, you would be pleased to know that the USB-C port on the iPad Air 5 delivers up to 2x faster transfer speeds than the previous generation. Hence, uploading large photos and videos will be a lot faster on iPad Air 2022 as compared to iPad Air 2020.

Just like iPad Air 4, iPad Air 5 also comes only in two storage capacities such as 64GB and 256GB. I don’t think many would complain about it, though a 512GB variant would have been a welcome addition.

Apple is not the one who upgrades RAM (especially on iPad and iPhone) very often. So, I was a little surprised to know that the Cupertino giant has doubled the RAM capacity on iPad Air 2022. iPad Air 5 comes with 8GB RAM as compared to the 4GB RAM found on iPad Air 4.

Even with 4GB RAM, iPad Air 4 hardly breaks any sweat while taking on games and power-hungry apps. Therefore, I assume the iPad Air 4 with 8 GB RAM and the robust M1 chip to blaze through everything – from video editing to graphic designing to playing high-octane games – thrown at it with utmost ease.

The iPad Air 4 and 5 are compatible with iPadOS 15. So, irrespective of which of these two models you choose, you will be able to use the latest version of iPadOS that comes with a host of new features.

Moreover, these iPad models also support Apple Smart Keyboard Folio and Magic keyboard to let you get the most out of your tablet as a handy laptop. That’s not all, they even allow the Apple Pencil 2nd generation to attach magnetically for automatic charging and pairing.

When it comes to pricing, Apple has gotten a little smarter in recent times. By keeping the price unchanged (starting at $599), Apple has played it pretty safe. Knowing the fact that iPad Air 5 is a spec bump, it makes sense to keep the price steady.

Should You Upgrade to iPad Air 5?

Yes, definitely. The exceptionally powerful M1 chip, 12MP FaceTime camera, and 8GB RAM make the iPad Air 5 a worthy upgrade – if not the compelling one. If you already own iPad Air 4 with a very capable A14 processor and decent cameras, upgrading to iPad Air 5 may not seem to be a super-smart move. Unless of course, you are a power user and need a top-tier processor to crush games and take on resource-intensive apps.

However, the story could be altogether different, if you are upgrading from older iPad Air models or budget iPad. The all-screen design, lightning-fast performance, and more capable cameras will win you over.

In a nutshell, if you are hunting for an iPad that can offer flagship-level performance like iPad Pro 11″ or 12.9″ without having to cope with premium pricing, iPad Air 5 could be a better pick. Should you wish to further tighten your budget while still getting around 80-90% of what iPad Air 2022 offers, iPad Air 2020 could be an ever smarter deal.

What to Expect from the Apple Spring Event 2022