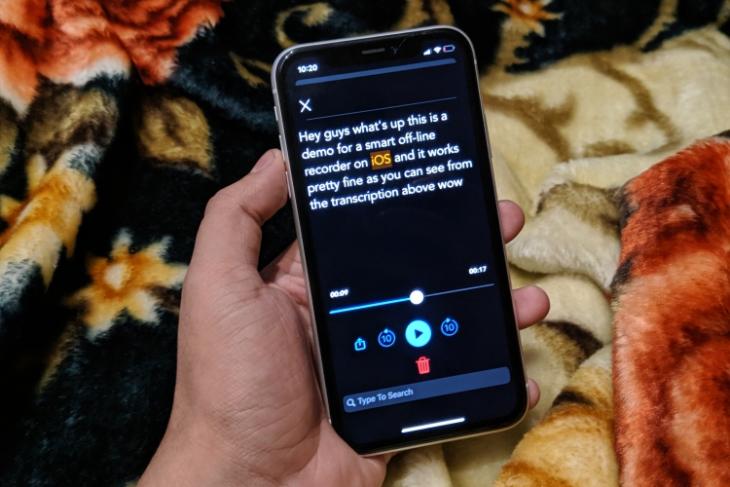 If you were looking for a similar voice recorder for iOS, then the Smart Voice Recorder (offline) app has made its debut with the exciting real-time text transcription feature in tow. It even works offline on iOS most of the time, as mentioned by the developer. It’s offering you a pretty similar-looking UI and features as Google’s recorder app. 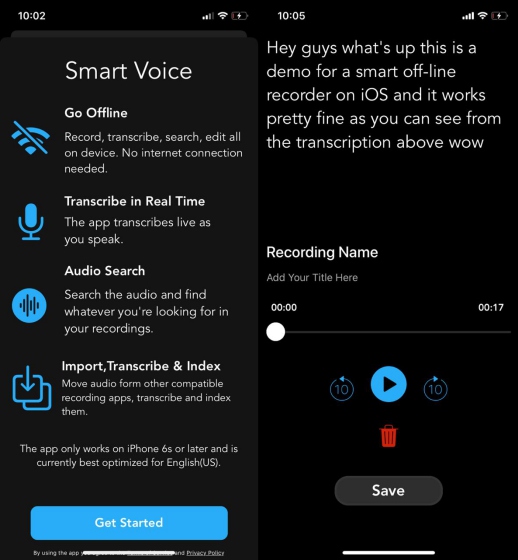 Once you start using this voice recorder app on iOS, you will start noticing its similarities with Google’s voice recorder app. You do not see both the waveform and transcribed text within this app, but the text shows up in real-time as you speak. The offline transcription here isn’t as fast as Google, which is expected, but it’s pretty good nonetheless.

Similar to Google’s voice recorder app, this iOS app lets you search for certain words or phrases in the transcribed text (which is also saved along with the audio recording). This feature too works flawlessly and seems like iOS users will soon be using a new and more capable voice recorder app. 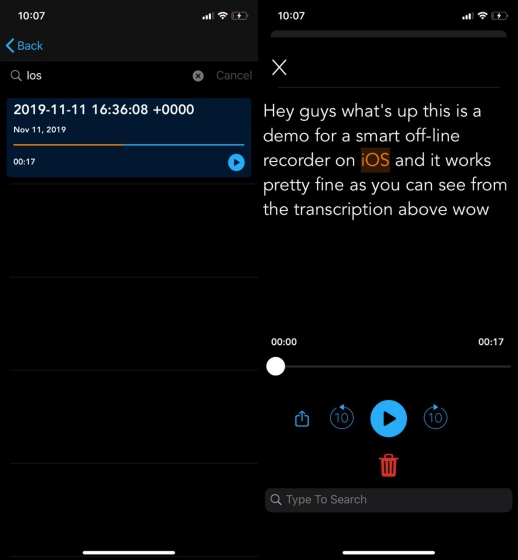 One of the features that sets Smart Voice Recorder on iOS apart from Google’s recorder will certainly have to be the ability to import audio from other supported apps (i.e other voice recorder apps) for transcription. However, this is a Pro feature and you will need to shell out Rs. 249 for 3 months or Rs. 589 for a yearly subscription. This will also include unlimited voice recordings, no time limitations, and a host of other features.

Even without the Pro upgrade, I believe the iOS clone of Google’s voice recorder app is offering you a lot of features. It will come in handy during interviews and most of your voice recording data remains on the device instead of being sent to a server for instant transcription – as it the case with the popular voice-enabled note-taking app Otter.

So, go ahead and check out this feature-rich voice recorder app for a fun real-time text transcription experience on iOS devices.